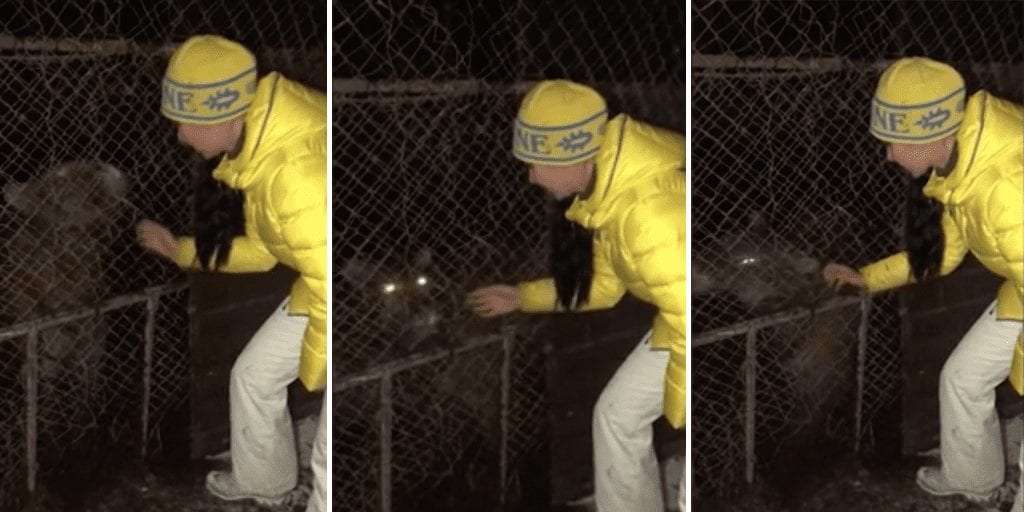 Animal rights activists have rescued six tigers who were left to starve to death in an abandoned private club in Ukraine.

The tigers were left in horrific conditions at the club in Kiev by an owner who reportedly left the country.

The animals were so malnourished they were even seen drinking liquid from their own waste in the muddy cage.

Activists were alerted to the tigers by neighbours who heard them roaring in homemade cages.

According to the Mail Online the owner was a renowned Ukranian businessman, and activists are pursuing criminal charges which could lead to three years in prison for animal cruelty.

“We found six tigers in terrible conditions,” she wrote.

“We got a call saying they are being kept in a tiny aviary and that they are keeping people awake by roaring day and night.

“The aviaries where they are being housed were made of improvised materials. The conditions were shocking, three tigers lived in an eight-square-metre aviary in mud and their own waste, with no possibility to find a dry place.

“Another mature tiger lived in a three-square-metre aviary while another two stayed in another one just a little larger.’

“We have launched criminal proceedings according to the first part of Article 299 (Cruelty to animals) of the Criminal Code of Ukraine.

“The suspect may face up to three years of imprisonment. We are now solving the issue by taking the animals to special institutions.”

According to reports, when police arrived there were guards at the disused private club but nobody was caring for the tigers.

Activists now plan to hand over the animals to Feldman Ekopark zoo in Kharkov.

What punishment is appropriate for animal abuse of this kind? Share your thoughts in the comments section below!