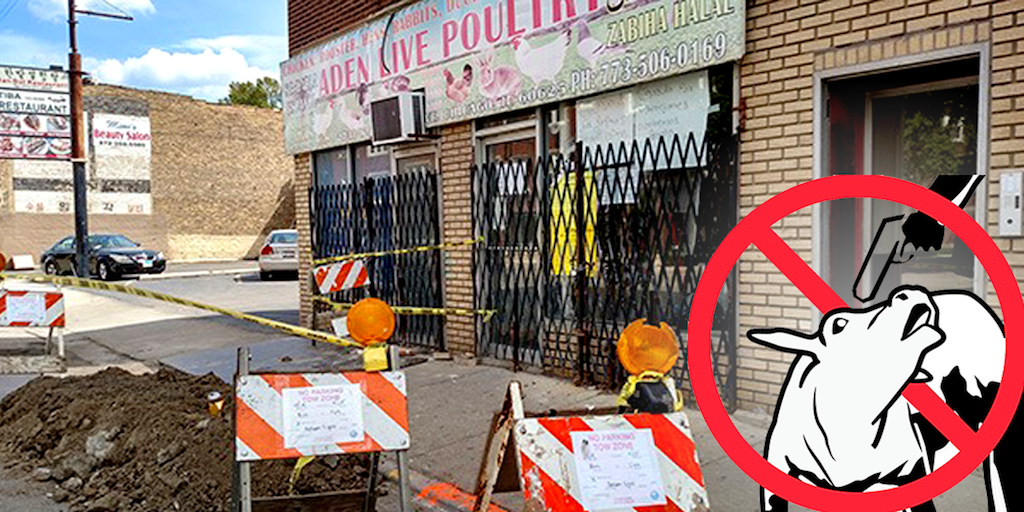 An animal rights group has successfully closed down a slaughterhouse in Chicago, and the organisation isn’t finished there.

The activist group has started a petition to close down the Chicago slaughterhouse and submitted 311 complaints against Aden Poultry, prompting authorities to take action. The probe revealed numerous code violations, leading to its closure.

“Alderman Vasquez’s office confirmed that it was all of our efforts at submitting 311 complaints that triggered the city inspection which revealed numerous code violations, resulting in Aden’s closure.

“We want to thank every person who filed a complaint because every single one is making a difference,” commented the group on its Facebook page.

The group further added that officials have pledged to inspect the remaining 15 slaughterhouses of the city for code violations.

“We have good reason to believe that what they found at Aden is going to be typical of all of the other slaughterhouses.

“Our first victory shows that we have a successful path to shutting down the remaining 15 slaughterhouses.”

The Slaughter Free Chicago campaign was initiated to transform the city, that once promoted itself as the slaughter capital of the world, into a no kill zone.

The group describes their campaign’s goals: “Our mission is to end the slaughter of animals we have no biological need to consume.

“We begin here in Chicago, in the city we call home, in the city that once celebrated animal exploitation and slaughter as a measure of economic prosperity. Our campaign is already inspiring activists in other towns and cities to launch a campaign of their own, and we are here to help them in any way we can!

“The current system for regulating the existing slaughterhouses is broken, and we have identified violations that are going undetected that should effectively disqualify them from getting a license.

“Our strategy is to rally our communities, activists, local media and city officials to demand that existing laws be enforced which would effectively close slaughterhouses. We believe that our success here will inspire other towns and cities in the U.S. and around the world to launch similar efforts.”

What do you think of the activists’ efforts? Share your thoughts in the comments section below!