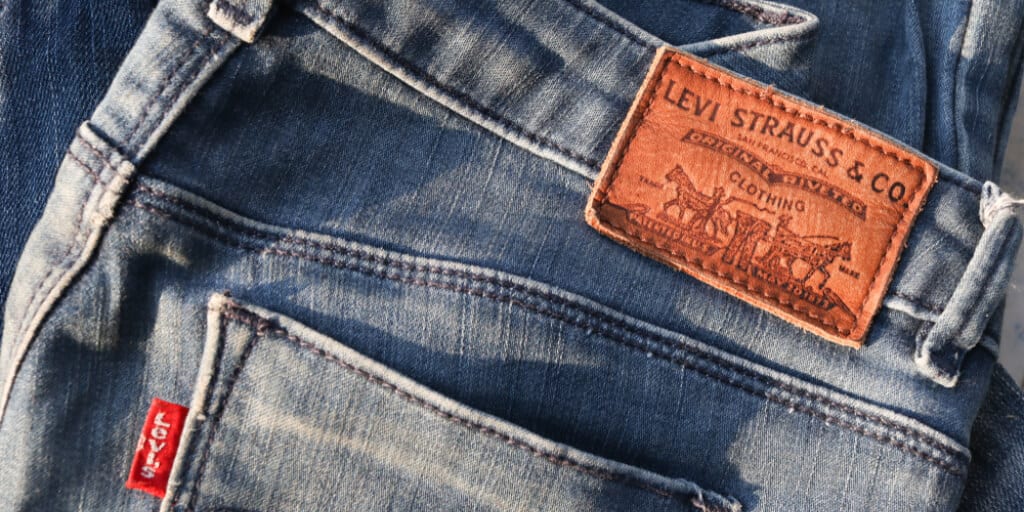 “Levi’s wants to appeal to a progressive base, but it’s missing the mark as long as it keeps marring its denim and its reputation with leather.”

Today, clothing brand Levi Strauss & Co. has got a ‘dressing down’ in its virtual annual meeting from animal rights organization PETA.

The vegan charity, which bought shares in Levi’s in 2019 continues to call for the brand to switch to using vegan leather.

According to PETA, Levi’s which claims that “[g]etting dressed shouldn’t feel like a moral dilemma,” is still putting leather patches on some of its denim—despite knowing that cows are beaten, slaughtered, and skinned by the leather industry.

Leather production is not only ‘unacceptable’, but a leading contributor to climate change, PETA states.

The World Bank has also reported that cattle ranching is responsible for over 80% of deforestation in the Amazon since 1970.

Tracy Reiman, Executive Vice President of PETA, said in a statement: “Levi’s wants to appeal to a progressive base, but it’s missing the mark as long as it keeps marring its denim and its reputation with leather.

“PETA is giving Levi’s a dressing down in the hope that it’ll scrap these patches in favor of the paper patches it already uses on most of its jeans.”

In the past, PETA activists have protested outside Levi’s San Francisco headquarters and regularly tag the brand on social media to criticize its use of leather.

The charity has also launched a petition urging people to call on Levi’s to stop using leather.

It writes that the company, which claims to be ‘truly committed to sustainable and progressive practices’, must reduce its environmental impact by using vegan materials.

According to PETA: “More and more consumers around the world are recognizing that it’s unacceptable to abuse and kill animals to make clothing and that leather isn’t a mere by-product, or left-over, of the meat industry.

“Leather is an economically co-dependent product made to meet consumer demand.

“It’s often more profitable than the flesh of the animal.”

The petition has gathered 135,686 signatures so far.

Share this story: Activists give Levi’s a ‘dressing down’ for its continued use of leather patches.