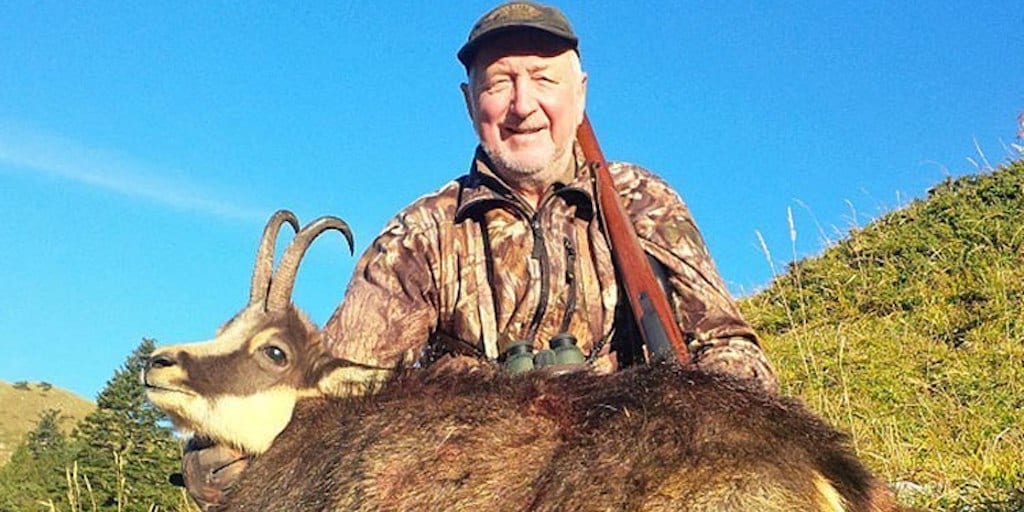 Activists have condemned a former businessman who has been celebrated as an ‘elite’ trophy hunter for killing hundreds of animals for sport.

He’s been pictured with the dead bodies of several large animals including bears and mountain goats, and recognised for shooting some of the ‘big five’ in Africa which includes lions, leopards, elephants, rhinos and buffalo.

Animal rights campaigners say King must have killed more than 500 animals to have gained certain awards – in a hobby which has spanned two decades.

One blog wrote: “His collection already included 340 species of animals from around the world.

“Malcolm King has been actively engaged in trophy hunting worldwide since 2000, 18 years altogether.

“Lots of world-renowned hunters may feel envious of his extensive trophy collection, It contains some of the hardest and most desired trophies from Asia, Europe and America, as well as from Africa.”

Eduardo Goncalves, founder of the Campaign to Ban Trophy Hunting, condemned King’s ‘obscene’ lifestyle in an interview with The Telegraph.

He said: “King is among the world’s ‘elite’ big game hunters – very few have amassed so many of the industry’s obscene awards.

“If you add the minimum number of kills needed for all his awards, it comes to well over 500.

“International law allows wildlife serial killers to get away with murder.”

The Campaign to Ban Trophy Hunting, which estimates 1.7 million animals have been killed by trophy hunters in the last ten years, called for the practice to be outlawed globally.

King told The Telegraph he was a huntsman and denied the label of ‘trophy hunter’, and said everything he has done has been legal.

He argued it was ‘no different to stalking or culling animals in the Highland’ and that ‘there is nothing wrong if done ethically and legally’.

Animal lovers and campaigners slammed the hunter’s behaviour on Twitter.

What do you think of trophy hunting? Tell us in the comments section below!