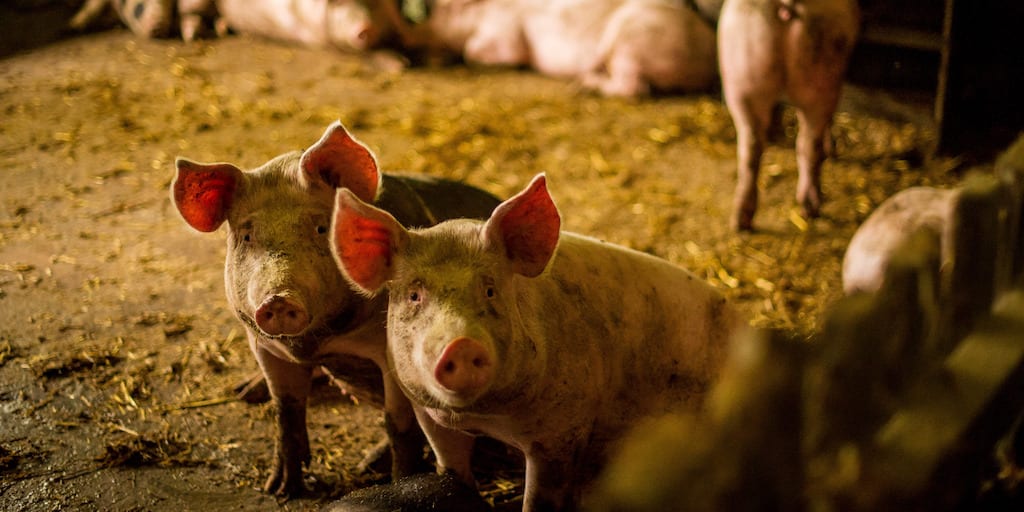 Animal rights activists have sued the US Department of Agriculture over accusations officials have neglected their responsibilities to protect millions of slaughterhouse pigs who are so sick and injured they are unable to walk.

The super-group of activists claim the Department has failed to fulfill legal obligations to protect ‘downed’ and ‘non-abulatory’ animals.

Depressingly, according to estimates more than half a million pigs arrive at slaughterhouses in the US too sick or injured to support their own weight.

Activists say pigs are kept in holding pens and left to fester in their own feces for long periods before they are killed. These pigs are also at a high risk of abuse.

“Downed pigs suffer significantly at slaughterhouses across the United States, including being trampled by other animals and being excessively shocked, prodded, kicked, shoved, and dragged by workers attempting to force them to move,” the lawsuit continues.

Activists explained how incidents involving downed pigs at slaughterhouses across the US ‘reads like a horror story’.

They documented a list of horrendous incidents exposed at slaughterhouses, including:

Dena Jones, a director at the Animal Welfare Institute, said in support of the lawsuit: “Animals who are unable to walk or move on their own are at a higher risk of being abused at the slaughterhouse.

“For this very reason, the USDA decided in 2016 to ban the slaughter of downer calves. Pigs deserve the same basic protections under the federal humane slaughter law.”

Activists explained that the USDA keeps detailed records of downed pigs who are routinely abused.

Irene Au-Young, a student in the Animal Law Litigation Clinic which is representing the activists, said in a statement: “The federal government continues to treat pigs as industrial commodities to be produced as cheaply as possible, without regard for animal welfare or consumer safety.

“The law doesn’t allow this total disregard, and this lawsuit will hold the government accountable for forcing sick and injured animals to the killing floor and onto the dinner plates of unsuspecting consumers.”

Share this article to reveal the reality behind the pork industry. What do you think of the lawsuit? Share your thoughts in the comments section below!