Actor Jack Black says: Everyone should consider going vegan for the environment 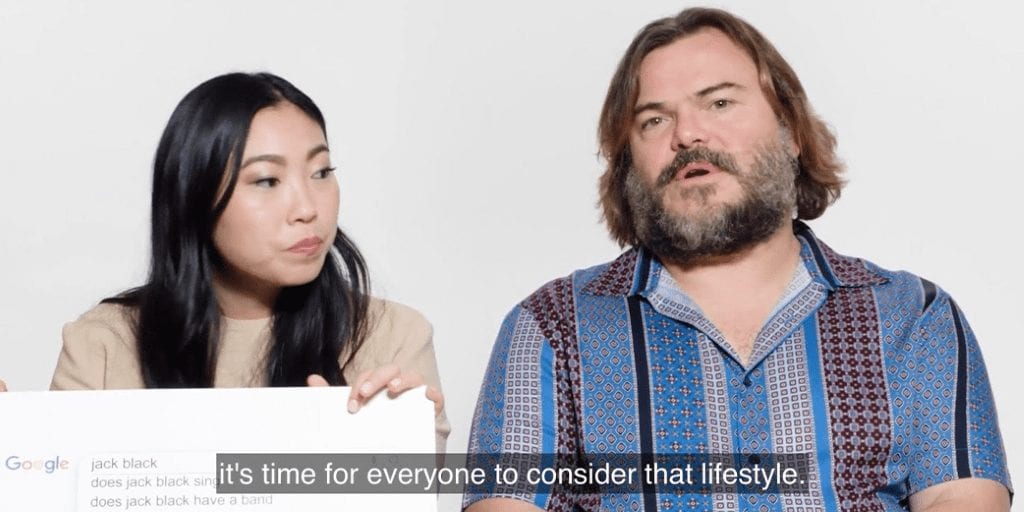 Actor Black Jack has revealed he wants to adopt a plant-based diet to fight the climate crisis and urges everyone to do the same.

Black appeared alongside his ‘Jumanji: The Next Level’ co-star and rapper Awkwafina on a recent WIRED Autocomplete Interview show in which celebrities reveal answers to the most searched questions about themselves from the web.

One of the questions posed to Black was about his dietary choices to which he replied that although he wasn’t vegan, he was definitely interested in making the switch for the environment.

“No, but I would like to be. I am in spirit, and really, it’s time for everyone to consider that lifestyle for the environment,” he stated.

“I found out it turns out vegans are better for the environment. Why? Cow farts.”

Awkwafina too seemed to agree with Black’s explanation as she nodded in agreement.

The animal industry is responsible for a number of environmental issues such as deforestation and high amounts of greenhouse gas emissions.

According to the United Nations report around 14.5 percent of the world’s greenhouse gas emissions are from livestock, further stressing that adapting a vegan lifestyle has become necessary to combat the worst effects of climate change.

Although Black highlighted the benefits of following a plant-based diet, he revealed cheeseburgers are his favourite food elsewhere in the interview.

What do you think of Black Jack’s views on veganism?  Share your thoughts in the comments below!