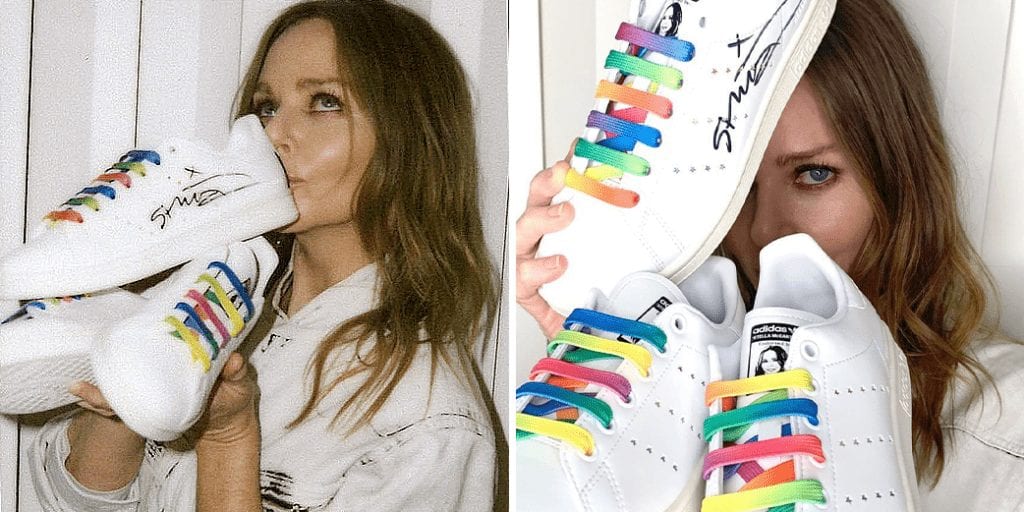 Adidas and Stella McCartney have teamed up again to release a complete vegan version of the iconic Adidas Stan Smith trainer.

Stella McCartney synonymous with cruelty-free fashion announced the news on November 21 on Instagram.

Posing with the new trainers, she captioned the image: “They’re colourful, they’re iconic and they are 100% vegan.”

The latest version is an upgrade to her first Stan Smith sneaker made of faux leather in 2018. Adding to the original design the new pair features black and white stripes and comes with two pairs of interchangeable laces: white for a sleek and sedate look while rainbow laces for a more vibrant look.

Describing the materials used in the shoes, McCartney told British Vogue: “The ‘leather’ upper is synthetic.

“The Stans usual glues were replaced with animal-free alternatives because glues typically used in the production of shoes and accessories derive from fish or animals, and are full of chemicals which are harmful to the environment.’’

The Stella Stan Smith is unisex as it was important that the theme was inclusive and for everyone,” added McCartney

Although the vegan sneakers will be on sale from December 2 both store and online, the launch has already piqued customers’ interests.

“The launch of our vegan Stan Smith brought us a whole new customer which was predominantly the younger generation.

“So many young people came into our stores to enquire about the Stan Smith, asking questions about what the trainer was made with, telling our staff about why it was important for them to choose a vegan shoe over a leather one and what it represented. This is the future,” shared McCartney.

Will you be getting your hands on the new vegan Adidas Stan Smith pair? Let us know in the comments below!