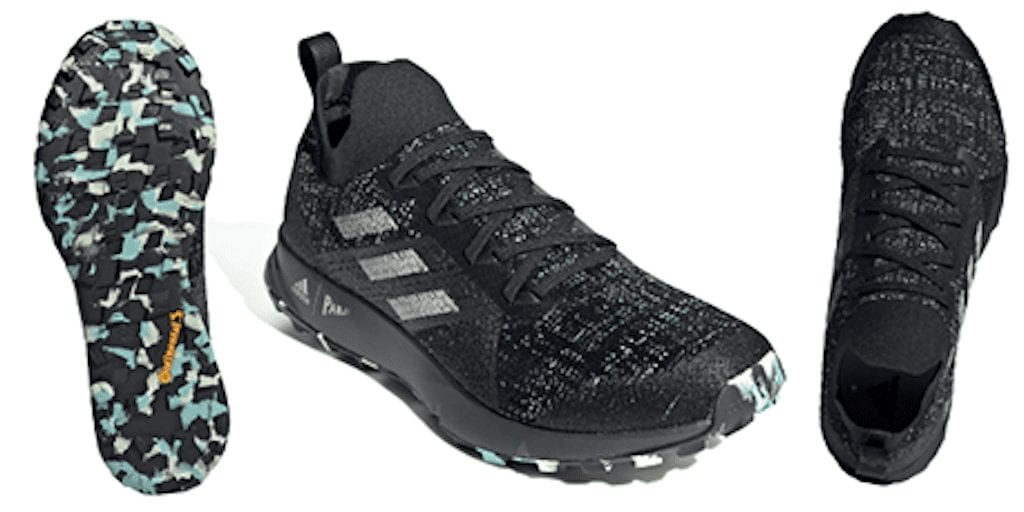 Adidas has expanded its range of eco-friendly vegan shoes with the launch of the Terrex Two Parley.

The new offer is part of a line in partnership with Parley for the Oceans which is created entirely from plastics recovered from the ocean, and is 100% recyclable.

The partnership involving Parley for the Oceans sees plastics scavenged from the sea and turned into trainers.

The new shoe is advertised on the Adidas website as being ‘made from upcycled plastic trash collected from remote islands, beaches and coastlines’.

They in black, grey or green and costs consumers £129.95, and are designed for comfort and long distance running.

Adidas has pledged to ensure all its footwear is made from recycled materials by 2024.

Earlier this year the company released its FUTURECRAFT.LOOP brand – a name which reflects attempts to create a ‘closed loop’ where the shoe’s raw materials can be repurposed an infinite amounts of times back into running shoes.

Sports footwear typically includes complex material mixes and component gluing – resulting in a shoe which can only be downcycled.

But Adidas’ new shoes just use one material, require no glue and can be spun to yarn, knitted, moulded and clean-fused.

Eric Liedtke, Executive Board Member at Adidas, said: “Taking plastic waste out of the system is the first step, but we can’t stop there.

“What happens to your shoes after you’ve worn them out? You throw them away – except there is no away. There are only landfills and incinerators and ultimately an atmosphere choked with excess carbon, or oceans filled with plastic waste.

“The next step is to end the concept of ‘waste’ entirely. Our dream is that you can keep wearing the same shoes over and over again.”

What do you think of Adidas’ efforts to reduce plastic waste? Share your thoughts in the comments below!