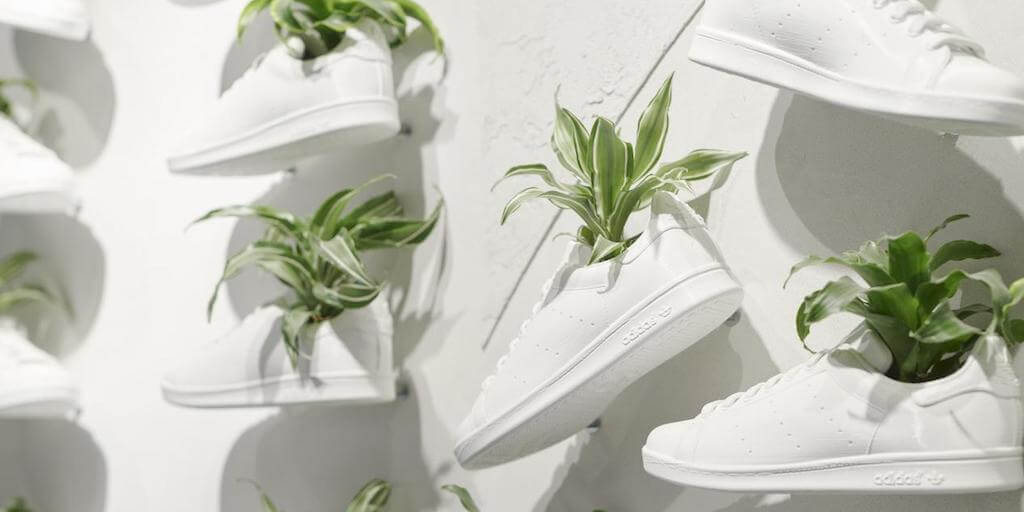 “We have continued to invest in sustainability initiatives during the coronavirus pandemic and we will significantly expand our range of sustainable products in 2021.”

This week, Adidas revealed plans to ‘move closer toward its objective to end plastic waste’ by noting a raft of sustainability measures for the coming years.

In a press release, the shoe and apparel company announced that more than 60% of all its products will be made with sustainable materials in 2021. From 2024 onward, Adidas has pledged to use only recycled polyester.

In addition, the brand revealed it has ‘renounced’ animal fur and has committed to ‘Vier Pfoten’, an animal protection organization, to completely ban furs from the manufacturing of its products.

As part of the sportswear giant’s sustainability initiative, it is also developing plant-based leather, recycled cotton as well as a particularly climate-friendly running shoe and aims to achieve global climate neutrality by 2050.

“We have continued to invest in sustainability initiatives during the coronavirus pandemic and we will significantly expand our range of sustainable products in 2021.

“To this end, for example, we have worked with our suppliers to create the structures that make it possible to process recycled materials on a large scale. Not only does our commitment make Adidas more sustainable, but it also drives the development of the whole industry.”

Earlier this year, Adidas entered a partnership with biotechnology startup Bolt Threads along with other fashion industry giants, to get exclusive access to Bolt Threads’ Mylo—a material made from fast-growing mycelium (mushroom root systems) that is developed into vegan leather.

The footwear giant is now working on developing the new material and will use it for the very first time in the creation of footwear.

“For too long the industry standard has categorized materials as either natural or highly functional – but not both, said James Carnes, VP Global Brand Strategy at Adidas.

“The way to remedy this is to innovate responsibly with solutions that challenge the status quo, and products that use the best of what nature has spent millions of years perfecting – like Mylo – are critical to that.”

Adidas has steadily increased its use of recycled materials since adding the material to its line up in 2017 when it launched “Parley” versions of its popular Ultraboost running shoes containing material made from ocean plastic waste.

The company revealed that it produced 15 million pairs of shoes made from recycled plastic waste this year and said its goal is to produce 17 million pairs next year.

This year, the company also began offering vegan versions of several classics such as the Stan Smith, the Continental, and the Samba – which quickly became bestsellers.

It also partnered with American sneaker designer and Round Two co-founder Sean Wotherspoon to launch a pair of vegan sneakers dubbed “Super Earth”.

Share this story to let others know about Adidas’ sustainability initiatives for the coming years.