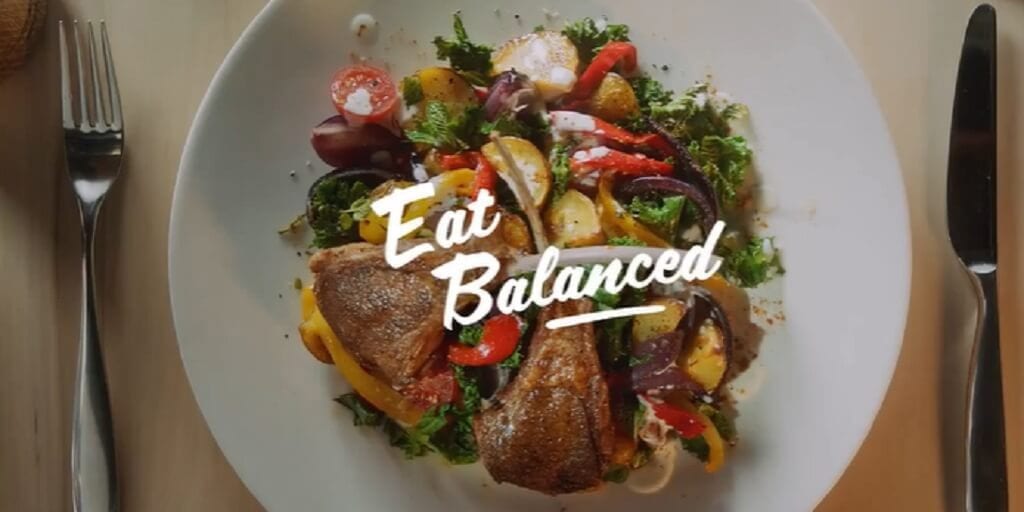 According to The Vegan Society, the adverts by AHDB were a deliberate attempt to ‘mislead the public at a time when a record-breaking number of people were trying veganism through the Veganuary campaign’.

The UK’s advertisement watchdog has ruled in favour of the Agriculture and Horticulture Development Board (AHDB) – a pro-animal farming levy board – ‘We Eat Balanced’ adverts.

The £1.5 million advertisement campaigns, which were aired earlier this year, were created to promote the benefits of eating meat and dairy as part of a balanced diet.

The decision by the Advertising Standards Authority (ASA) comes after The Vegan Society officially complained about the adverts – saying they were ‘likely to mislead members of the public’.

The ASA revealed it received a total of 485 complaints from individuals, organisations and businesses including The Vegan Society, Humane League UK, Compassion in World Farms UK, PETA, Four Paws and Viva!.

According to these organisations, the ‘To B12 or Not B12’ catchphrase presented a false narrative by suggesting you can only have Vitamin B12 by eating animal products.

However, The Vegan Society noted that the vitamin is supplemented for farmed animals as well in feeds and vegans routinely supplement B12 through fortified foods such as milk alternatives and cereals.

In addition, it added that these adverts were in ‘direct conflict with government messaging around health, the environment and supplementation’.

While the adverts are no longer running, the ASA has so far ruled that they did not breach their Advertising Code.

Ads not beyond NHS health and nutrition advice

ASA said: “We referred to the NHS Eatwell Guide, which defined government recommendations on eating healthy and achieving a balanced diet…..There was nothing in the ads to suggest that consumers should consume meat or dairy in proportions that went beyond NHS health and nutrition advice.

“Overall, we considered that the ads would be understood by consumers to mean that essential nutrients required for humans could be obtained from meat and dairy foods as part of a healthy and balanced diet.”

Louise Davies is Head of Campaigns at The Vegan Society. She said: “We are disheartened with the ASA’s final ruling over these adverts.

“We still strongly believe by running these adverts the AHDB set out to purposely mislead the public at a time when a record-breaking number of people were trying veganism through the Veganuary campaign.

“Despite the outcome we hope the huge number of complaints submitted to the ASA will encourage the ADHB and similar bodies to think twice before resorting to such scare tactics again in future.”

The society has also submitted an open letter to the ASA, pointing out that the campaign “is not in line with Equality and Human Rights Commission guidance that organisations ‘Foster good relations between people who share a protected characteristic and those who do not.’”