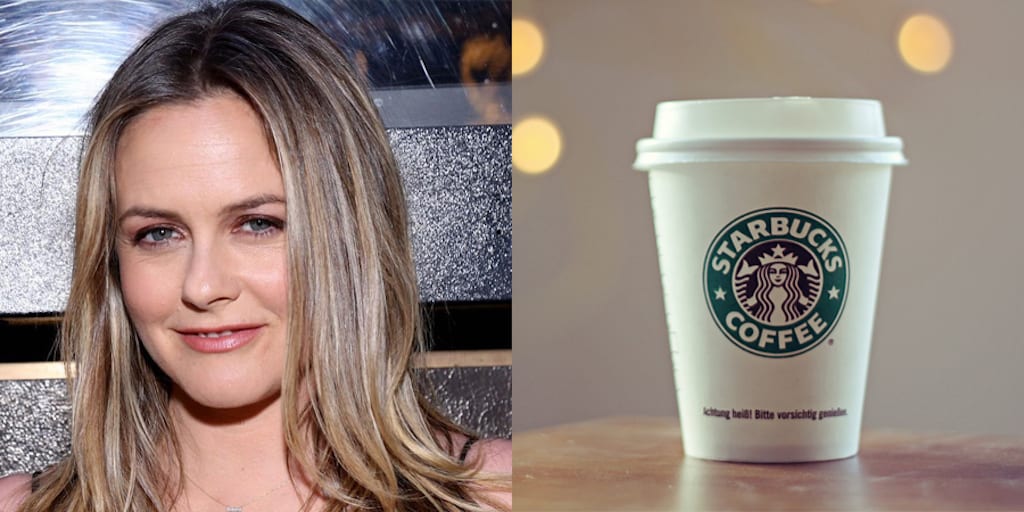 Vegan actress Alicia Silverstone has launched into a rant at Starbucks for charging extra for plant milk and needlessly using disposable cups.

The animal rights activist posted a series of tweets after a worker brought her a drink in a disposable cup, even though she had brought a mug with her.

“Depressing! Just brought my reusable mug to @Starbucks &saw staff use a disposable cup, pour it into my mug, then toss the disposable cup,” Silverstone tweeted.

“Totally defeats the purpose of trying 2 reduce waste. Then I looked around to see so many people sitting @ the cafe all w disposables! Ugh.”

The Clueless actress continued her tirade by slamming the company for charging extra for plant milk.

“Y should we be penalized 4 making the eco-choice? It would be amazing for @Starbucks to lead the way &consider enviro externalities associated w the dairy industry by having dairy cost + or at least = plantmilk fees,” she wrote.

And Silverstone wasn’t finished there, adding: “@starbucks one more thing – can you please get unsweetened oat milk at all your locations?”

Starbucks customers are sick and tired of paying to pay extra for plant milk and thousands have now written to the coffee giant demanding equal prices.

A petition launched by PETA now has more than 42,000 supporters, who have written to Starbucks using the animal welfare group’s action alert.

“Swapping cruelly obtained cow’s milk for soy, almond, or coconut milk is beneficial to the planet, animals, and humans’ own health,” PETA said in a statement.

“Why, then, does a massive chain like Starbucks force its compassionate customers to pay upwards of 80 cents for vegan milk?”

Starbucks customers who choose vegan milk are increasingly fed up with paying extra, and many have vented their frustration on social media.

Should Starbucks stop charging extra for plant milk? Share your thoughts in the comments section below!