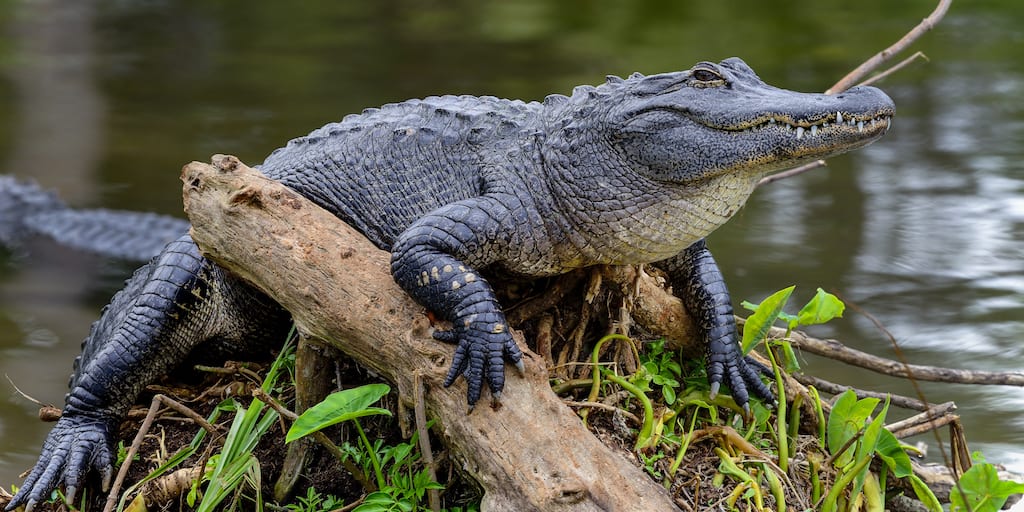 California’s ban on sales of crocodile and alligator skins is threatening the existence of the exotic skins industry, officials have warned.

A new law was enforced on January 1 this year which bans the sale of any products which contain exotic skins and animal furs.

California is the first state to take the groundbreaking measures which extended existing restrictions and has banned manufacture, import, or sale of alligator, crocodile and fur products.

And according to reports, the industry is struggling to cope with a law which impacts one of its most important markets.

Louisiana, for example, is the nation’s leading purveyor of alligator skins. The industry is worth $80m each year to the state, with trappers collecting 15,000 alligator skins and farmers harvesting more than 380,000 alligators worth £70m in 2017 alone.

Officials in Louisiana have criticised the ban and suggested a lawsuit may be in the pipeline.

“If the California ban is allowed to go into effect — it would destroy the alligator industry and its jobs in Louisiana, Texas, Florida, Georgia, and California,” Louisiana Atty. Gen. Jeff Landry said in a statement.

The ban also applies to the import and sale of other exotic skins, such as iguana, skink, caiman, and various lizards. Anyone who violates the legislation will be handed a $1,000 – $5,000 fine and/or up to six months in jail.

Animal rights activists have celebrated the impact of the new legislation. PETA said the move is a ‘huge victory for alligators and crocodiles’.

California first moved to ban the sale of alligator and crocodile skin in 1970, but the industry has managed to suppress the ban until now.

A supergroup of animal rights activists relentlessly campaigned alongside local animal lovers, leading to the victory at last.

California also moved to ban the manufacture and sale of fur as the state leads the way in animal welfare protections.

In October 2019 legislators signed off a bill which will criminalise manufacture, sale, and distribution of fur products, such as clothing, shoes, and handbags across the state.

Investigations by PETA revealed ‘appalling abuse at every turn’ in the industry.

On one alligator factory farm in Texas, PETA’s eyewitness found that the animals were ‘kept in fetid water in dank, dark sheds’.

“Alligators were still kicking and flailing after workers tried to kill them,” the group described.

Warning: The below video contains graphic imagery which viewers may find upsetting

Another PETA exposé revealed that workers ‘electroshocked crocodiles and then attempted to kill them by cutting into their necks and ramming metal rods down their spines while the animals writhed’.

Public opinion is increasingly mounting against the exotic skins industry, which is having a knock-on effect to major retailers.

PETA has urged its followers and activists around the world to lobby other retailers to ban exotic skins. You can join the campaign here.

Share this article to reveal the truth behind the exotic skins industry.