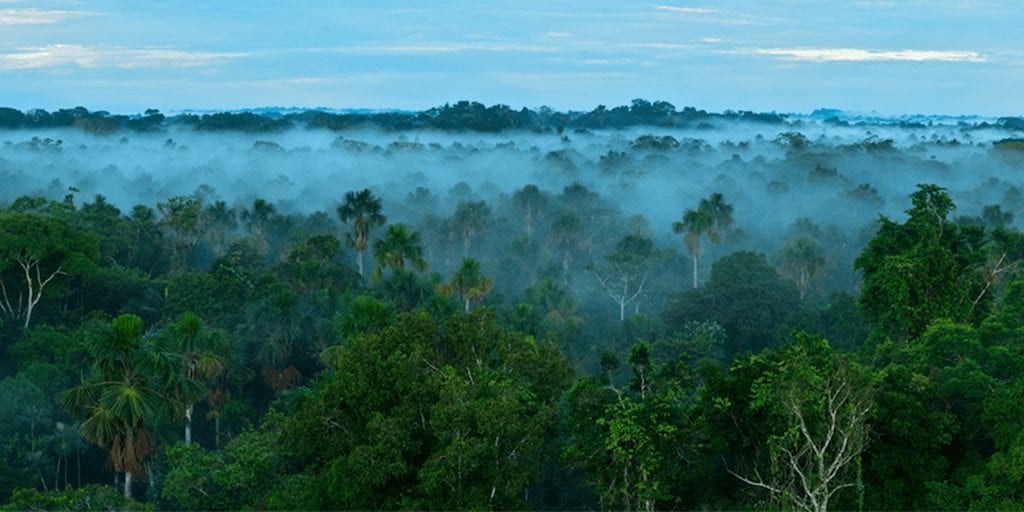 A renowned economist has declared the Amazon is close to its ‘tipping point’ after which it will stop producing rain to sustain itself, deteriorate into a dry desert and become a carbon exhaust.

This is a grim forecast for the Amazon region which contains 40 per cent of the world’s tropical forests and accounts for 10-15 percent of the biodiversity of Earth’s continents.

A policy brief released by Monica de Bolle, a senior fellow at the Peterson Institute for International Economics in Washington DC, outlines the repercussions of the rapidly depleting rainforest due to the nationalist agenda of Brazil’s president that has prompted widespread destruction in the name of development.

The brief declared that the Amazon is a ticking ‘carbon bomb’ and if the current rate of deforestation continues coupled with the government’s disinclination to instate laws to protect the region, the rainforest will reach its proverbial ‘tipping point’, which according to de Bolle is just two years away.

The basin then will be unable to produce enough rain to sustain itself, start degrading into a drier savannah, and release billions of tonnes of carbon into the atmosphere increasing global temperatures and disrupting weather across South America.

In her brief, de Bolle said: “The rainforest is often wrongly called ‘the lungs of the world’.

“It stores carbon, but that is not what fights climate change. It would be more apt to describe it as a ‘carbon bomb’.

“Setting fire to the forest for deforestation may release as much as 200 million tonnes of carbon into the atmosphere a year, which would spur climate change at a much faster rate, not to mention associated changes in rainfall patterns that may result from deforestation.”

The briefing also referenced Brazil’s National Institute for Space Research, which reported that the total deforestation in August this year was 222 per cent higher than it was in August 2018.

The report has created a furor amongst environmentalists and climate scientists as some believe the Amazon has another 15 to 20 years to reach its tipping point.

While others believe that the warning holds true with the current rate of devastation.

Carlos Nobre, one of Brazil’s leading climate scientists and a senior researcher at the University of São Paulo’s Institute for Advanced Studies said: “It seems very improbable to me – the projected deforestation increase is more an economic calculation than ecological.

“However, We are seeing an increase in deforestation, I am not questioning this.”

The region has recorded a rise in 0.6°C over the last few decades and has suffered a series of severe droughts in recent years.

In August, Professor Will Steffen, a member of Australia’s Climate Council declared that warning signs for Amazon nearing its tipping point were evident.

He said: “A combination of direct human land-clearing and climate change – primarily through changing rainfall regimes – can trigger a rapid conversion of much of the forest to savanna or grassland ecosystems, thereby emitting large amounts of carbon to the atmosphere.

“Yet there seems to be little attention given to such global-level feedbacks and abrupt shifts associated with land systems.”

What do you think of Monica de Bolle’s warnings in her policy brief? Share your thoughts in the comments below!