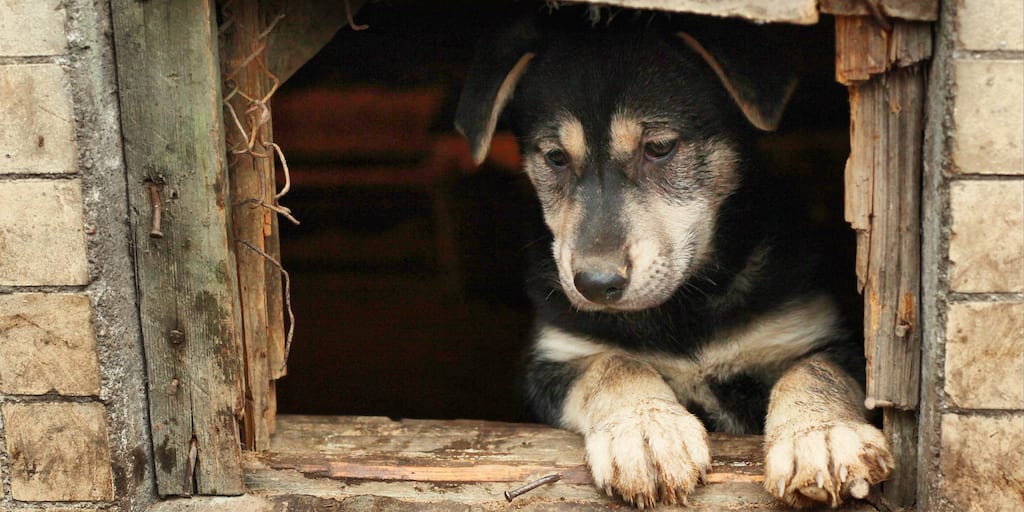 Mexico has the largest number of street dogs in Latin America and about 70 percent of the 18 million dogs in Mexico live on the street, according to the National Institute of Statistics and Geography.

And it’s a dog’s life for these poor creatures as they are never sure to find sufficient food to eat, or care when hurt or sick.

The first program called ComeDog run jointly by Soledad de Graciano Sanchez’s City Hall and citizens’ response group Respuesta Ciudadana is to provide food to homeless dogs through dispensers placed on utility poles all around the city. Volunteers installed 15 PVC pipes tranformed to hold dog food donated by locals. These dispensers are regularly filled to make sure hungry dogs looking for food can fill their bellies at these spots.

In the second program-Ambudog, the city introduced an ambulatory service offering free medical help for both stray animals and pets. Some of the important services provided free include vaccinations and spay/neuter services to prevent spread of diseases and curb the incessant increase in animal population.

According to PETA, just one unspayed female and her offspring can produce up to 67,000 puppies in six years, and thus these free sterilization services can stem the birth of unwanted litter that then end up homeless in the streets.

Also, untended puppies pose health risks to other dogs and public. “There is an infectious picture when a puppy is born and if a month and a half is not vaccinated mainly by distemper or parvovirus, there is a contagion, both in people and animals,” said Dolores Elisa García Román, Director of Municipal Services Soledad de Graciano Sánchez.

Both the programs have been running successfully with stray dogs being looked after and dog owners regularly lining up for free healthcare services.

“Today I realize how many people appreciate this program, we have been congratulated by different means and, well, I am going to ask you to participate and help us to have a very successful refuge,” said Mayor Gilberto Hernandez Villafuente while highlighting the participation of the locals in making the programs successful.

Mexico is leading the way in caring for its street dogs and hopes that other cities follow its cue in introducing similar programs for the benefit of their homeless animals.

What do you think of Soledad’s stray-dog help programs? Share your thoughts in the comments below!