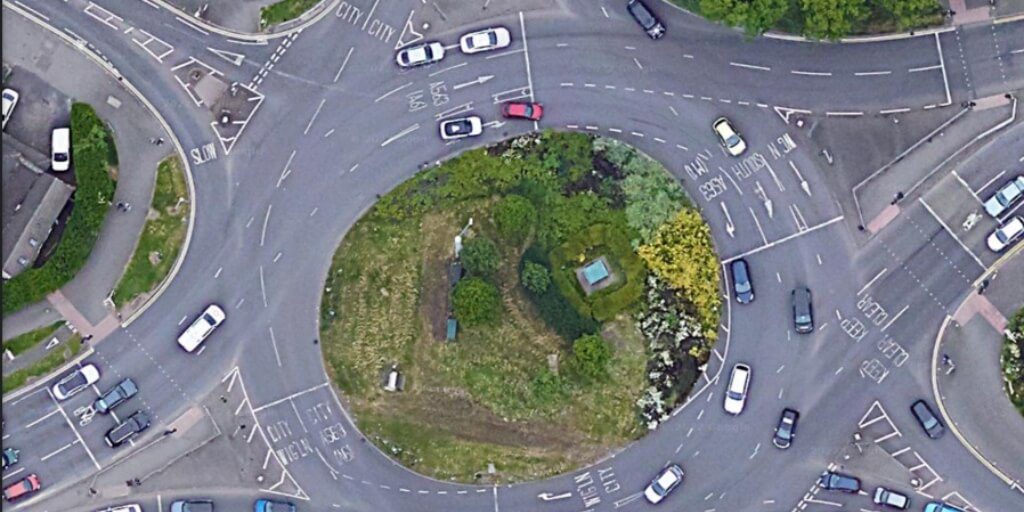 Animal rights activists have urged the Mayor of Leicester to rename the city’s Pork Pie Roundabout in a bid to ‘inspire healthier food choices and celebrate Leicester’s connection to veganism’.

The Pork Pie roundabout has received its moniker from an adjacent 1930s library that sits between two of its six junctions and resembles a pork pie when viewed from a bird’s-eye view.

The library was originally called Southfields Library but later became known as the Pork Pie Library due to its circular shape and now officially bears that name.

The charity also cited a survey conducted last month which showed that 33.6% of adults in the North West Leicestershire area were obese, rising from under a quarter recorded five years earlier.

Furthermore, PETA claimed that the suggested name ‘Vegan Pie Roundabout’ is also fitting as the term ‘vegan’ was coined in Leicester by Donald Watson in 1944 and will therefore ‘be a great way to celebrate the city’s vegan and pie-loving heritage’.

PETA’s suggestion sparked backlash from Leicester locals, while the mayor dismissed the plea as a ‘pie in the sky’ stunt.

A localite said: “Are you having a laugh? It’s nothing to do with an actual pork pie. Leave our city’s history alone please.”

Another added: ‘Even if you called it Radish Roundabout literally everyone would call it pork pie island, so what’s the point? Some things are best left alone.’

Commenting on PETA’s letter Soulsby said: “It’s a funny and quite clever way of drawing attention to themselves.

“There is no way we could change the name people have given to the library and the roundabout next to it.

“It has been known locally as the Pork Pie Library since it was built in the 1930s, thanks to its distinctive circular shape.

“Any talk of changing its name is just pie in the sky.”