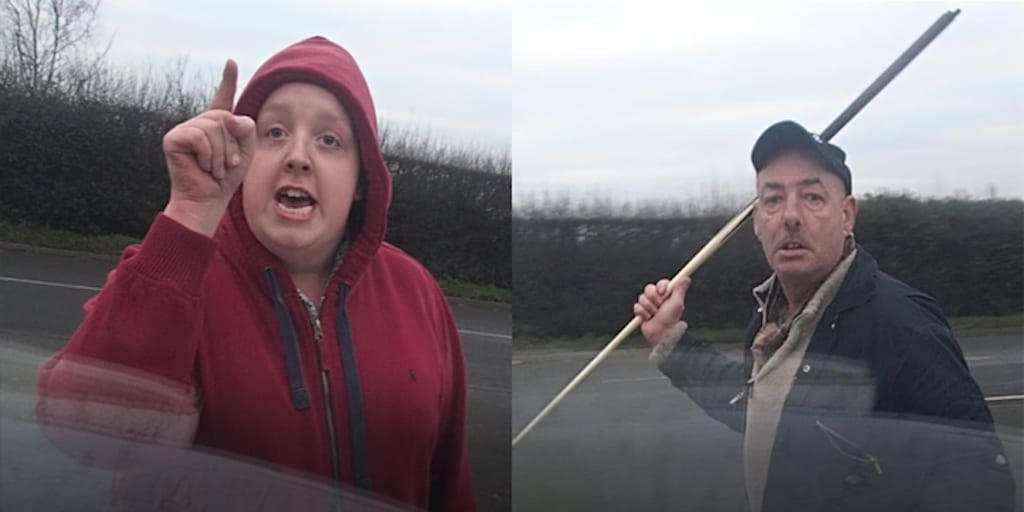 Police are investigating the incident after activists from the Sheffield Hunt Saboteurs posted footage of pro-hunt supporters blocking them into a pub car park.

The car was surrounded by several men and a woman, some of whom had their faces covered and were holding pool cues.

The group eventually managed to navigate out of the car park, but not before a man struck the car and jumped onto the windshield, before ripping off a wing mirror, and another hit the car with a cue.

The Sheffield Saboteurs aim to disrupt fox hunting in the area, as they had been doing on January 5 – the day of the attack.

The group posted on Facebook: “Our fairly quiet day ended with a bang. During a post sab rendezvous at a local pub, The Wheatsheaf in Onnerley, we were subject to an unprovoked attack by hunt thugs weilding pool cues, threatening sabs, damaging a vehicle, attempting to smash one group’s windscreen and making wildly untrue allegations to the police about sab behaviour.

“The individuals involved had been seen following the hunt and had behaved in a threatening manner throughout the day; a clear indication of the positive impact of our presence at a rarely sabbed hunt.

“Evidence of the attack is now on its way to police.”

Police were called to near The Wheatsheaf pub in Bar Hill Road, Onneley, UK, at around 3.30pm on Saturday after reports of the altercation.

A Staffordshire Police spokesman said: “Officers were called to the Wheatsheaf Inn on Bar Hill Road, Onneley, at around 3.30pm on Saturday following reports of an altercation between a large group of people on the pub car park.

“Anyone with information is asked to call Staffordshire Police on 101 quoting incident 434 of January 5.”

There were many clashes between hunters and protesters in the UK over the festive period.

During the Boxing Day Hunt, The Dorset pub in Lewes, UK, faced outrage after banning vegans from the venue.

Brewery Harvey’s, which owns the pub, suspended an employee and said the company was ‘appalled’ by the sign.

There were angry confrontations and fights throughout the town during protests against fox hunting in December, and police were called to many ugly clashes.

What do you think of fox hunting? Tell us in the comments below!