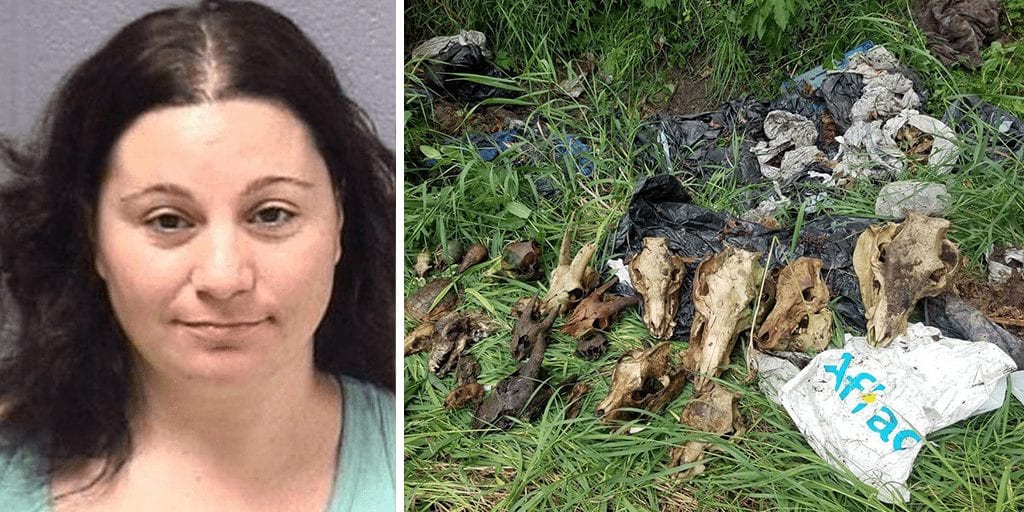 The founder of a so-called animal sanctuary has been charged with animal cruelty after 600 dead animals were discovered at her farm.

Corrinne DiLorenzo founded EARTH Animal Sanctuary in Thawville, IL, US, and was arrested after a horrific scene was discovered at her organisation.

She was surprised by the news as nobody in her circle of activists was aware of the fire, which seemed unlikely.

Wiederkehr was later informed by an acquaintance of DiLorenzo that all 600 animals at the farm had died – possibly from a fire or from unknown causes.

Board member of EARTH Melissa Summer Pena then reportedly fund a mass burial site containing remains of all the animals.

Many of the animal parts were found in plastic bags, as revealed by Pena on Facebook.

She found skulls of pigs, cats, dogs, birds and turtles. The Chicago Alliance for Animals has built a case against DiLorenzo over the past six months, leading to her arrest.

DiLorenzo came to prominence in 2014 after posting a video in 2014 of her singing pig named Bentley.

The viral post led to donations from around the world which helped her to open EARTH for rescued farm animals.

Activists who say they helped her with labor and materials to set the sanctuary up claim she then became uncontactable, leading to their investigation.

After discovering the harrowing scene, Wiederkehr told VegNews: “It was simply devastating. This is a person who I had admired before I got to know her and when I did get to know her, we became pretty good friends.

“My first reaction was incredible sadness and the sadness, once I learned more, quickly turned to anger.”

DiLorenzo was charged with Aggravated Animal Abuse, which is a Class Four Felony.

Are punishments for animal abuse too lenient? Share your thoughts in the comments section below.