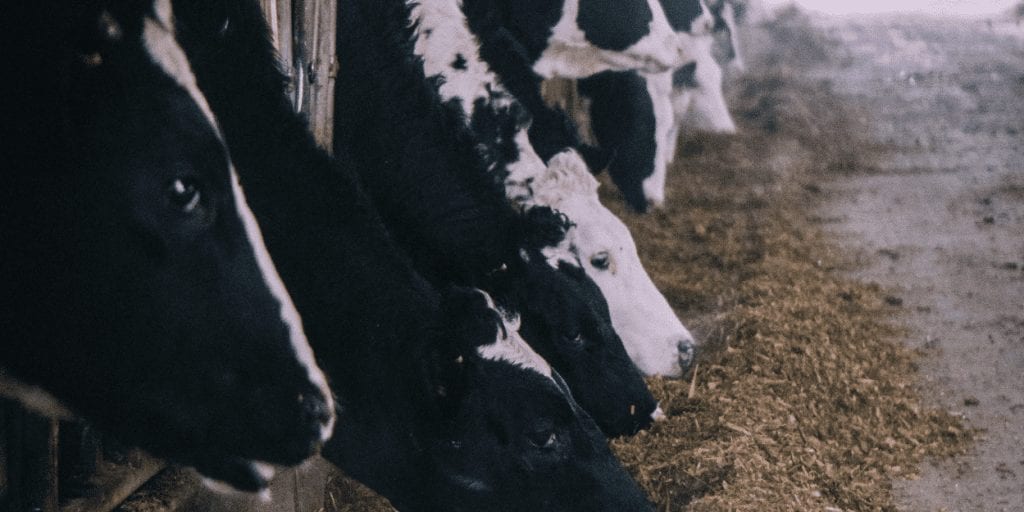 Activists fear Brexit could have a disastrous impact on animals rights as the Government is set to ditch an EU law which recognises that animal are capable of feeling pain.

As UK politicians developed the so-far unsuccessful Brexit Bill, they voted against acknowledging that any animals other than humans have sentience or feel any emotions at all.

That ruling goes against an overwhelming scientific consensus that animals do have sentience and feel pain. After Brexit, any animal which isn’t a pet, therefore, has little legal protection in terms of its fundamental rights.

In November 2018 the European Parliament in Brussels agreed that animals should be recognised as sentient beings.

The landmark case protects any animal as “a living being endowed with sensitivity, interests of it’s own and dignity, that benefits from special protection”.

This means in any rulings about their welfare they can no longer be considered as objects, which has huge implications for future decisions, according to Brussels State Secretary in charge of Animal Well-Being, Bianca Debaets.

“The ultimate aim is for animals to benefit finally from the legal status that corresponds to their biological nature,” she explained.

But Brexit could strip away the EU’s progressive laws on animal rights.

Louise Davies, head of Campaigns, Policy and Research at The Vegan Society, told Totally Vegan Buzz: “There are a number of issues that should cause concern for vegans and animal rights campaigners post Brexit.

“The key of which is the recognition of animal sentience which, as it stands, will be lost as we leave the EU.

“Recognising that animals feel pain is surely the barest of minimums in our relationship with animals.”

Michael Gove, Secretary of State for Environment, Food and Rural Affairs, has indicated similar rights could be given to animals in the UK, separate from EU legislation.

But Davies is not convinced. She continued: “Whilst Mr Gove has proposed that this will be incorporated in future UK legislation this has not yet happened, so animal protections could potentially fall all off the much referenced cliff edge.”

Campaigners are also concerned about potential future UK trade deals for meat in the case of a no-deal Brexit.

The US meat industry uses practices to produce meat which are currently illegal under UK and EU law.

Gestation crates and the chemical growth hormone ractopamine, for example, are used in the pork industry in the US.

The crates are used to prevent larger pigs from taking food from smaller ones, which increases productivity.

The banning of crates was seen as key in leading to a collapse in pig farming in the UK.

Campaigners say the potential of a deal with the US could have disastrous impacts on the UK’s pig farming standards and lower animal welfare standards as a whole, with the market flooded with cheap meat.

Davies continued: “As we are no further forward in confirming trade agreements with the EU and our Trade Secretary has alluded to weakening our agricultural and welfare standards in order to secure a US-UK trade deal, we don’t know what sort of animal products will be able to be legally imported.

“An influx of cheap American chlorinated chicken could lead to a race to the bottom in terms of price and welfare standards.

“We have had assurances from Mr Gove that this will not be the case and that British welfare standards will not be compromised, but as with the animal sentience we need this to be enshrined in law.”

Prof Tim Lang, from City University, told The Guardian the British public needed to ‘wake up’ to the dangers to animal welfare.

He said: “[The US] secretary of state for commerce has already made it clear EU standards must go if the UK wants trade deals. Did voters really want leaving the EU to mean taking us out of a powerful and – by global standards – progressive trade block, and into the clutches of US big food?”

The UK was one of the first countries in the EU to ban gestation crates, also known as sow stalls, in 1999.

Lang continued: “The British public may not be aware how pig farming has been changed by the growth in free-range and end of sow stalls.

“There are now tracts of East Anglia with open-air pigs. Campaigns have recalibrated the norms of pig farming. It’s not perfect yet but, wow, is it different from 50 years ago.”

Pig meat imports from Denmark rose by 50% and from Germany by 400% between 1997-2007, according to the Agriculture and Horticulture Development Board.

But with uncertainty over the future of trade deals there are fears the UK may resort to cheaper meat sources, such as the US.

Nick Giordano, vice president of US trade association the National Pork Producers Council, said: “The UK has to decide whether it’s really leaving the EU or not. The rest of the world does not subscribe to the nanny state approach.

“We expect the UK to accept our product without equivocation. Americans eat it, so it’s good enough for our friends across the pond.”

Much has been made of the UK losing protections to human rights currently legislated by the EU.

Article 9 of The European Convention on Human Rights (ECHR) protects freedom of thought, conscience and religion – legally protecting against discrimination.

The UK Government has also pledged not to reverse a ban on animal testing after Brexit.

Chair of the All Parliamentary Dog Welfare Group, Dr. Lisa Cameron, said restrictions would stay in place on the marketing of imported cosmetics which use animal testing.

And animal rights activists have urged the UK Government to use Brexit as an opportunity to be a world leader on animal rights.

Kerry Postlewhite, Director of Public Affairs for Cruelty Free International, said: “Brexit could be a real opportunity for the UK to demonstrate to the world that it really is the global champion of animals.

“Instead of simply preserving the status quo, the Government can use this as a springboard to increase efforts to stop the cruel use of animals in experiments.

“This is a unique chance for the UK to step up and become world leaders in the development of cutting-edge alternatives to end this outdated practice for good. Let’s not waste it.”

What impact do you think Brexit could have on animal rights? Tell us in the comments below!