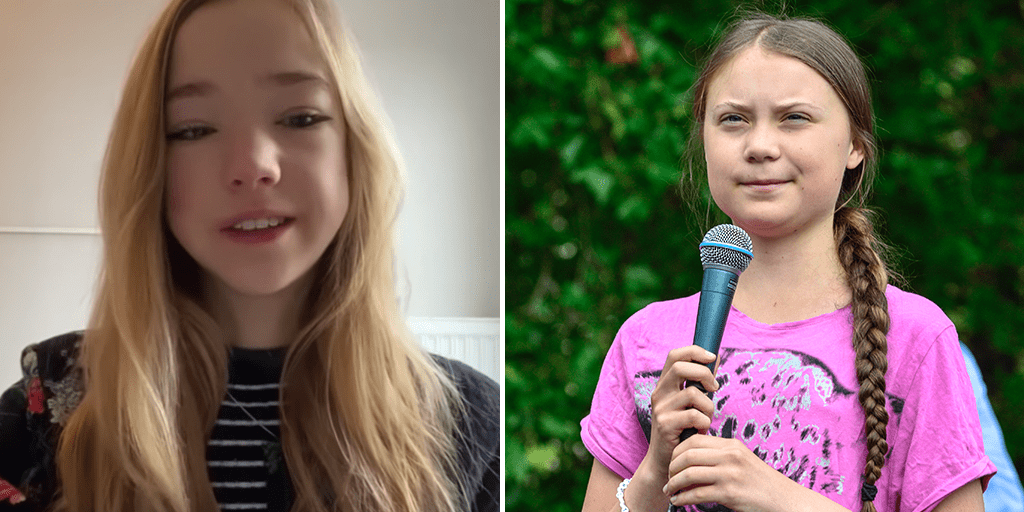 Naomi Seibt, a German YouTuber, has been dubbed the “anti-Greta” because her views on climate change are polar opposite to those of Greta Thunberg, the Swedish teen vegan climate activist and Time magazine’s 2019 Person of the Year.

Seibt, who identifies herself as a ‘climate change skeptic’ or ‘climate realist’, will speak at the Conservative Political Action Conference (CPAC)-   the biggest annual Republican convention running from Wednesday until Saturday of this week.

The event, where Donald Trump is the main speaker will be attended by Republican lawmakers, White House officials, Trump’s re-election faculty, and members of the conservative media.

Who is Naomi Seibt?

19-year-old Naomi Seibt, is a German anti-climate activist. She started vocalizing her anti-climate ideologies through her YouTube channel in May 2019. Her videos stated that climate activists like Thunberg and others were creating an unnecessary hysteria about the disastrous effects of human driven climate change.

In one of her YouTube videos, she said: “I used to be a climate change alarmist myself because, obviously, as a young girl I grew up around the climate change hysteria in the media, in my school books.

“I was an innocent young girl and I thought by hugging the trees I could save the planet, which quite frankly turned out not to be true.”

She has also made several public appearances advocating her beliefs on climate concerns and was spotted by James Taylor, the director of the Heartland Institute’s Arthur B. Robinson Center for Climate and Environmental Policy during one of her events.

The Institute, which is a climate change denier group, is a Chicago-based think tank closely allied with the Trump administration. The group approached Seibt to become the face of its campaign that “questions the scientific consensus that human activity is causing dangerous global warming,” as per WaPo.

She even represented the institute in December at the UN’s COP25 in Madrid, while Thunberg was blasting the UN leaders for not stepping up to the climate crisis at the United Nations’ Cop25 global warming summit a few miles away.

Appearing in a YouTube video created by the Heartland Institute, she said: “I’ve got very good news for you.

“The world is not ending because of climate change. In fact, 12 years from now we will still be around, casually taking photos on our iPhone 18s

“We are currently being force-fed a very dystopian agenda of climate alarmism that tells us that we as humans are destroying the planet. And that the young people, especially, have no future – that the animals are dying, that we are ruining nature.”

In another video titled: Naomi Seibt vs Greta Thunberg: Whom Should We Trust?, Seibt states: “Science is entirely based on intellectual humility and it is important that we keep questioning the narrative that is out there instead of promoting it, and these days climate change science really isn’t science at all.”

Although Seibt maintains she is not ‘anti-Greta” and would love to talk to Thunberg someday, she dismisses Thunberg’s and other climate activists’ agendas and views as unscientific.

“The main issues that I have with the climate change is the narrative. There’s a lot of fear-mongering going on. Climate change is not something we’re allowed to question anymore,” Seibt said.

According to Seibt, the agreement on climate change is an “insult to science, and the complexity of nature, and freedom of speech.”

She adds: “Climate change alarmism at its very core is a despicably anti-human ideology. We are told to look down on our achievements with guilt, shame, disgust and not even to take into account the many major benefits we have from using fossil fuels as our main energy source.

“Look around. We are living in such an amazing era of fast progress and innovation. We are not allowed to be proud of that at all? Instead debates are being shut down and real scientists lose their jobs.”

Although Seibt doesn’t deny greenhouse gases are warming the planet, she objects to the scale of devastation projected if human carbon footprints are not controlled.

“I don’t want to get people to stop believing in man-made climate change, not at all,” she told the Washington Post.

“Are man-made CO2 emissions having that much impact on the climate? I think that’s ridiculous to believe.”

She believes that with the Heartland Institute, she can debunk climate alarmism and promote “pro-human” climate realism.

“This mainstream narrative of fear-mongering and climate alarmism is holding us hostage in our own brains,” Seibt said in a Heartland video.

“Don’t let an agenda that is trying to depict you as an energy-sucking leech on the planet get into your brain and take away all of your passionate spirit.

‘Greta has touched a nerve’

While The Washington Post noted that “Heartland’s tactics amounted to an acknowledgment that Greta has touched a nerve, especially among teens and young adults, ” Connor Gibson, a researcher for Greenpeace USA, said in a Guardian report: “Climate science is understood by a majority of Americans, liberal and conservative alike.

“Unfortunately, you won’t meet any of those people, or any climate scientists, at an event like CPAC.

“The Heartland Institute is funnelling anonymous money from the US to climate denial in other countries. It relies on the media to advance false equivalence strategies to attempt to normalise fringe beliefs. Climate denial is not a victimless crime, and it’s time for the perpetrators to be held accountable.”

Share this story if you feel climate change is a global ‘human initiated’ crisis and climate realism is a campaign to discredit established science.