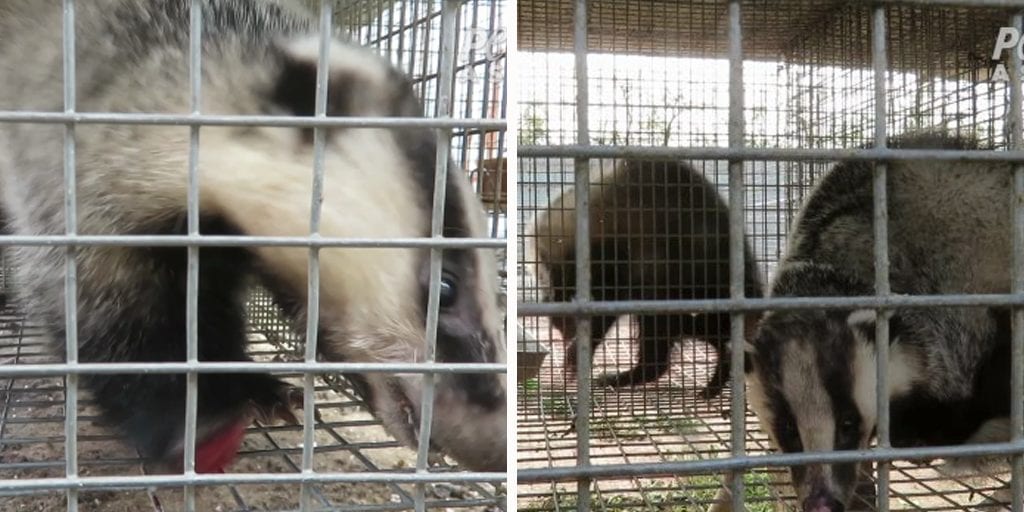 A horrifying investigation into China’s badger-brush industry has revealed animals being confined to tiny wire cages before being violently killed.

The video exposé from People for the Ethical Treatment of Animals (PETA) revealed that in order to make paint, make-up, and shaving brushes, badgers are captured using snares and other cruel methods.

The animal rights group shared the footage with beauty brand Morphe, which is known for its professional, affordable brushes and collaborations with influencers such as James Charles and Jeffree Star.

Since witnessing the distressing footage, Morphe has banned badger hair from all products, and PETA is encouraging any other brands using the industry to follow suit.

PETA Asia’s investigation revealed that on Chinese badger-hair farms, many animals exhibit behaviour patterns ‘indicative of a severe psychological disorder’, and on one farm a badger was missing a leg.

WARNING: The below video contains graphic imagery which viewers may find distressing

A PETA spokesperson told Totally Vegan Buzz that investigators witnesses slaughterhouse workers beat crying badgers over the head with anything they could find, including a chair leg, before slitting their throats. One animal continued to move for a full minute after his throat had been cut.

“By joining PETA’s list of retailers that don’t sell badger hair, Morphe will help prevent badgers from going insane inside cramped cages and being beaten to death for make-up brushes.”

PETA explained that Badgers are extremely social animals who, in nature, construct elaborate underground burrow systems, some of which are centuries old and have been inhabited by many generations of the same badger clan.

They are fastidious and have separate rooms for sleeping and giving birth as well as designated outside “bathroom” areas.

Procter & Gamble, the parent company of The Art of Shaving, was the first company to ban badger-hair items after seeing PETA’s video, and nearly 90 others have followed suit, including Penhaligon’s, Floris London, and Kent Brushes.

Share this article to expose the reality of the badger industry.