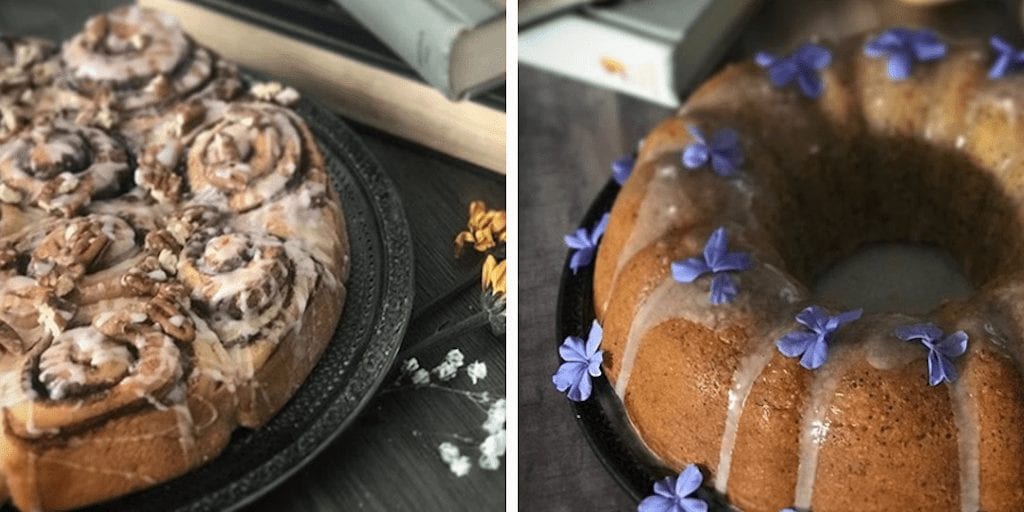 An inspired vegan baker has promised to make plant-based versions of every dessert from the latest season of The Great British Bake Off.

Natalia Lima, baker at the Curious Cat Bakery in Florida, is a big fan of the show and plans to show customers you don’t need animal products to make incredible desserts.

Throughout season 10 she’s taking the best dish each week and adapting the recipe to ensure it’s vegan.

So far Lima has made cinnamon rolls for the bread-themed week and a chocolate orange custard cake for the 1920s challenge.

For any budding vegan bakers, she even films herself making the desserts, explaining how the recipe has been altered and giving step-by-step instructions on her Instagram stories.

Lima told VegNews: “I’ve been a fan of the show for years and I knew I wasn’t the only one who was excited for the new season, so I thought it’d be fun for me to bake along—with the added challenge that everything I baked had to be vegan.

“So far I’ve learned that indeed anything can be veganized with some effort, research, and stubborn will. It takes some adapting, of course, but the essence of the challenges are preserved.”

Her idea has been a huge hit on social media and in her bakery, and she will publish an e-book to immortalise the recipes when the season has finished.

Lima went vegan in 2011 and founded her business as she couldn’t find any desserts to get excited about.

“Everything on the menu is made to order and 100% free of dairy, eggs and animal products but you’d never know it from their taste,” the company states on its website.

“In fact, one of Natalia’s favorite things to do is watch the faces of people light up as she tells them that treat they are so excitedly devouring is vegan.”

What is your favourite vegan dessert? Share your thoughts in the comments section below!