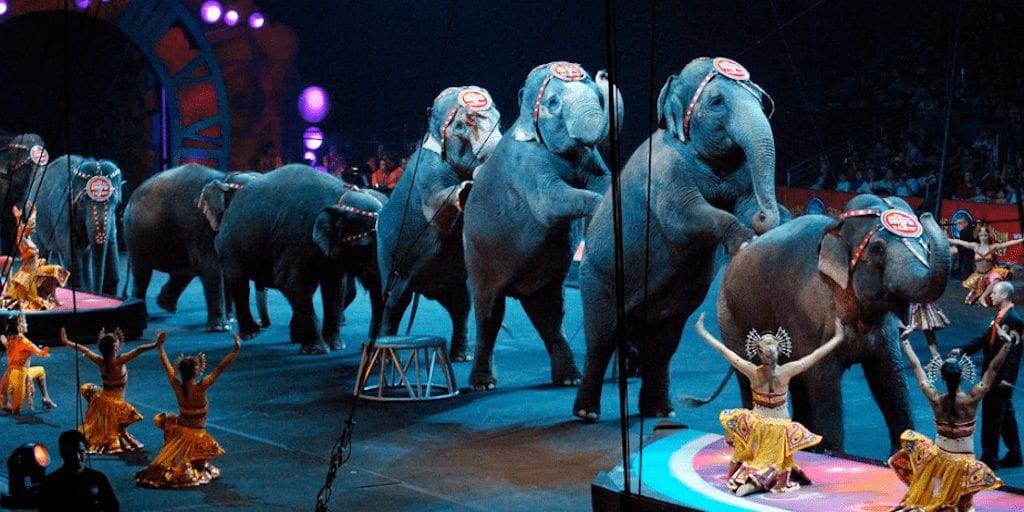 “A ban sends an important statement about how Welsh society regards animals and that this country will not tolerate such outdated, unnecessary practices.”

Following a successful campaign by the RSPCA, the ban on using wild animals in travelling circuses in Wales has come into force as of today, 1st December.

Under the Wild Animals and Circuses (Wales) Act, it is now illegal for wild animals to be performed or exhibited in a travelling circus in Wales.

With this law, Wales has now joined England, Scotland, the Republic of Ireland, and dozens of other nations around the world in banning wild-animal circuses.

RSPCA has been campaigning against the use of wild animals for years.

According to the animal charity, travelling circuses are a living hell for wild animals. The ‘cramped accommodation, unnatural social groups and forced training’ place the animals’ welfare at risk as they are denied everything that’s natural and important to them.

Over the years, the charity incorporated numerous consultation responses, scientific papers, briefings, polling, public-facing events, street stalls, and campaign actions to spread awareness about animal exploitation rampant in the commercial industry and the importance of public’s support in outlawing the cruel form of entertainment.

The campaign has resulted in tremendous public support. 74 % of people have backed a ban on wild animals performing in circuses and approximately 9,000 penned an RSPCA Cymru petition calling for action.

“Clearly, this is an historic day for animal welfare in Wales and concludes a campaign we have worked on for many, many years,” David Bowles, RSPCA head of public affairs, said.

“We’ve had overwhelming public support for this campaign and the voice of those supporters was so important in helping secure this legislation; which means the spectre of wild animals being performed or exhibited in travelling circuses in Wales is finally, once and for all, consigned to the history books.

“It’s a great advert for what we can achieve together for animal welfare.”

He added: “A ban sends an important statement about how Welsh society regards animals and that this country will not tolerate such outdated, unnecessary practices.”

Animals not ‘commodities for our entertainment’

Bowles acknowledged that there was strong cross-party support for this campaign and the bill will give vital extra protection to the animals.

Lesley Griffiths, Welsh Minister for Environment, Energy and Rural Affairs, said: “This Bill will address the ethical concerns of people across Wales by banning the use of wild animals in travelling circuses.

Share this story to let others know about the new law banning the use of wild animals in travelling circuses in Wales.