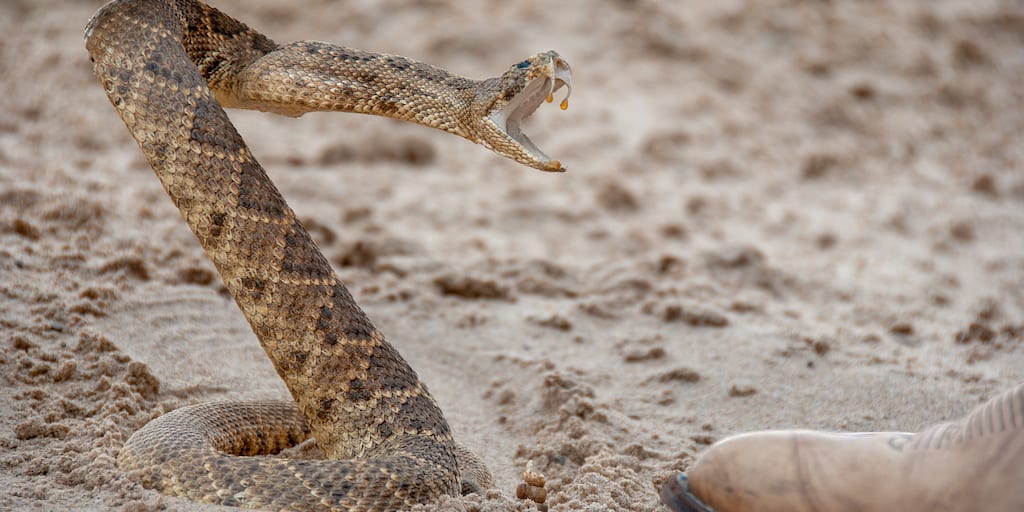 A petition has been launched to bring an end to a cruel festival in Texas, US, in which thousands of rattlesnakes are rounded up and killed.

The campaign launched by Care2 brings attention to the annual Rattlesnake Roundup in Sweetwater, which activists say is ‘two days of blood, guts, slaughter and a display of animal abuse’.

At the event, thousands of snakes are collected from the countryside and thrown into pits to await their fate.

The festival attracts 40,000 visitors who pay $60 for a weekend pass – which allows attendees to spectate or participate in the massacre.

The festival even includes a Miss Snake Charmer pageant in which teenage beauty queens ‘take turns in decapitating helpless snakes’, the petition explains.

“There’s the bloody mural that serves as a backdrop to the massacre, covered with bloody handprints from kids and others who pay a small fee to try their hand at skinning a recently killed snake,” campaigners revealed.

“Then, they slap their hands against the mural to mark their accomplishments.”

Currently the event is condoned by authorities and goes ahead despite accusations of animal cruelty.

A petition demanding it comes to an end is gaining momentum, and now has nearly 100,000 signatures.

“All living things deserve respect and the chance to live freely, that includes snakes,” campaigners continued.

Activists argue that anyone outraged by the Yulin Dog Festival, Spain’s Running of the Bulls or the Taiji dolphin slaughter should be equally outraged by the Sweetwater Rattlesnake Roundup.

“If these were dogs in China people would be outraged, but because snakes aren’t cute and cuddly this festival has been allowed to commit barbaric acts of cruelty for nearly 60 years with hardly any pushback,” Care2 wrote.

“This event is a stain on the face of America and goes against the principles with which we hope others around the world will follow when it comes to the treatment of animals.”