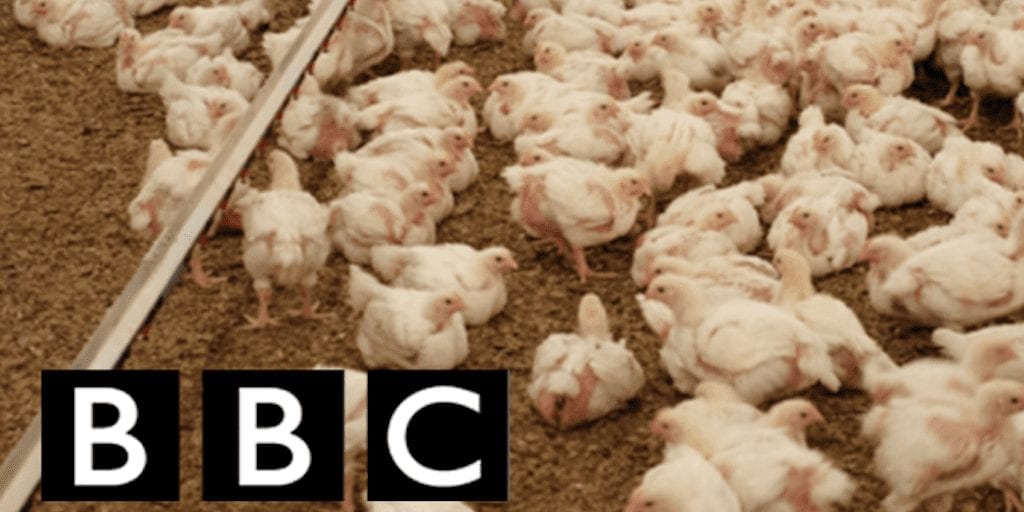 The host of BBC show Countryfile has vented about his frustration with ‘vegan vigilantes’ and has suggested teaching animal agriculture in schools to suppress the movement.

Farmer and host Adam Henson has claimed that vegan activists are confusing schoolkids and spreading ‘horrendous things on social media that aren’t true’.

The presenter owns a 1,600-acre farm which he uses to rear animals – which are slaughtered for meat.

“You can get a GCSE in religious studies and business, so why not in agriculture?” he told The Times.

“What drives me mad are the vegan vigilantes who post horrendous things on social media that aren’t true.

“Are you better off eating a lamb that’s been bred on my farm, grazed on beautiful Cotswolds pasture and is full of wild flowers, or something that’s been shipped half way around the world and may have contributed to deforestation? There has to be a balance.”

Henson and his son eat meat, but his wife and daughter are vegetarian.

“Let people eat what they want. I don’t have a problem with it,” he added.

In Australia some high profile incidents have involved activists stealing animals from farms, while in one standoff a farmer was filmed firing a gun after an angry confrontation with protesters.

He told Totally Vegan Buzz: “The real facts about animal agriculture are that farm animals suffer in essentially every element of their existence.

“Lamb, cows, and all farm animals feel pain and fear just like the animals who we share our homes with, like cats and dogs. Opponents of animal abuse have no need to exaggerate the truth because the truth is just that atrocious.

“From mutilation without painkillers to confinement and ultimately slaughter, farm animals endure lives of suffering on today’s farms.”

What do you think of Adam Henson’s comments? Tell us in the comments below!