Campaigners says bear farms are a ‘historical mistake’ and should disappear 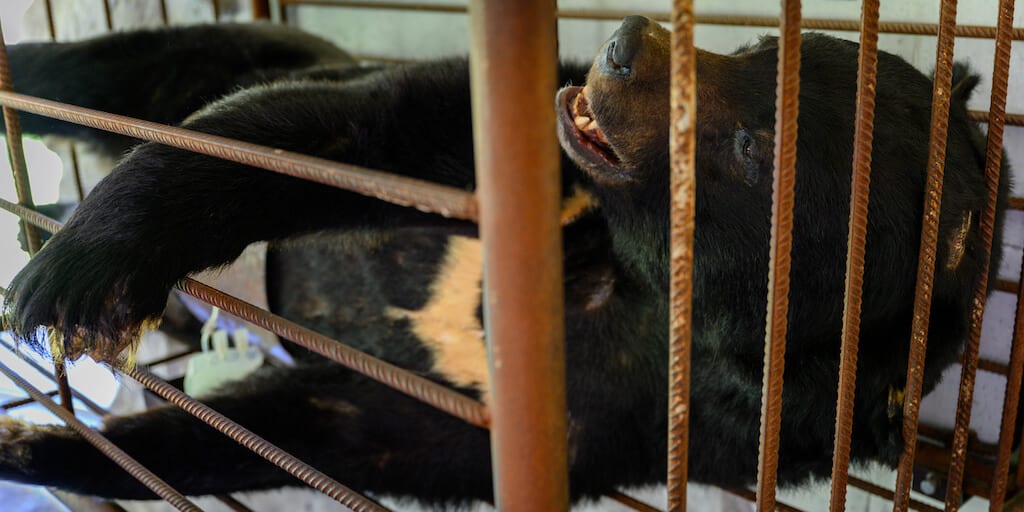 Animal rights campaigners have appealed to the South Korean president for help in saving hundreds of the country’s caged moon bears.

A recent BBC report has highlighted the sorry plight of Moon bears or Asian black bears being raised in captivity in bear farms in South Korea.

Rearing Moon bears for their bile has been a traditional Asian practice. Their bile is believed to contain medicinal properties useful for gallbladder and liver conditions in traditional Chinese medicine.

However, the unscrupulous killing of these animals has almost wiped out the population and South Korean animal rights campaigners are calling for a ban on bear farming to save the dwindling numbers.

There are more than 400 bears kept in farms across South Korea, according to campaigners

The BBC footage of one of the farms showed around 121 bears living in filthy, decrepit and unhealthy conditions. Many of them had limbs and fur missing.

Kim Soo-jin from the Korean Animal welfare association accompanying the BBC seoul correspondent- Laura Bicker, said the conditions of the farm were far worse from what was predicted.

The reporter said Kim Gwang-soo, the farm owner admitted that the cages were rundown and since the metal of most were rusted, several bears had escaped.

He added that many bears often die fighting with the others crammed in these filthy tight spaces. In addition, moon bears hibernate during the winter but caged bears are deprived of their natural hibernation patterns causing them to act abnormally even inflicting self-harm.

It is legally allowed to kill a bear over 10 years old in South Korea and China. While bile and other parts of the bears are used in traditional Chinese medicine for hangovers and cardiovascular diseases, its meat is considered a delicacy.

However, according to campaigners, the industry is receding because people are now opting for modern medicine and farmers no longer have the income to feed the animals. The BBC footage showed one of the bears eating leftover donuts from the Krispy Kreme factory.

According to Soo-jin, the government needs to ban bear farming and rehabilitate the bears in well cared for sanctuaries.

“Especially in these coronavirus times when there needs to be an importance putting distance between wildlife and humans, these bear farms should disappear and be a historical mistake,” she said.

Share this story to reveal the truth behind bear farming.