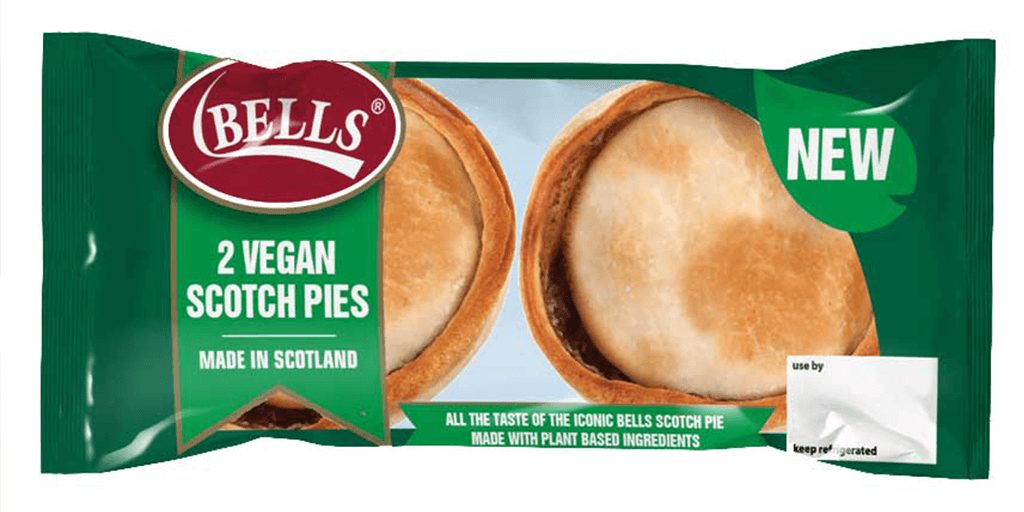 Scotland’s pie giant Bells has released a vegan version of its iconic mince pie to cater to the growing demand for meat-free alternatives.

Bells that sells nearly half a million of its original Scotch savoury pies featuring a double-crust filled with minced meat every week is now foraying into the vegan market.

The new vegan Scotch pies were rolled out in selected Tesco and Sainsbury’s stores across Scotland this week.

Announcing the launch, the group wrote on Instagram: “The wait is over!

“Now no one needs to miss out on a great tasting pie.”

‘Great addition to the range’

While Bells said it took the brand some tie to perfect the vegan recipe, it was confident that the customers would love the new pie “just as much as the original.”

“Bells is part of everyday life in Scotland and has been for many decades,” said Managing Director, Ronnie Miles.

“This new addition to our family mirrors all that is great about our Scotch pie in a vegan format.

“It is a great addition to the range.”

“Like many retailers Tesco has seen a growing demand for vegan and vegetarian products across Scotland,” added James Lamont the Buying Manager at Tesco Scotland.

“Bells is a market leading pie range and having tasted the new Bells Vegan Scotch Pie, I am confident that it will be a winner with many of our customers.”

Bells isn’t the only pie brand that has released vegan versions of its bestselling products.

The new vegan roll is a mouth-watering flaky pastry comprising soya protein, and a mix of herbs for seasonings.

Share this story to let others know of the new Vegan scotch pies from Bells.