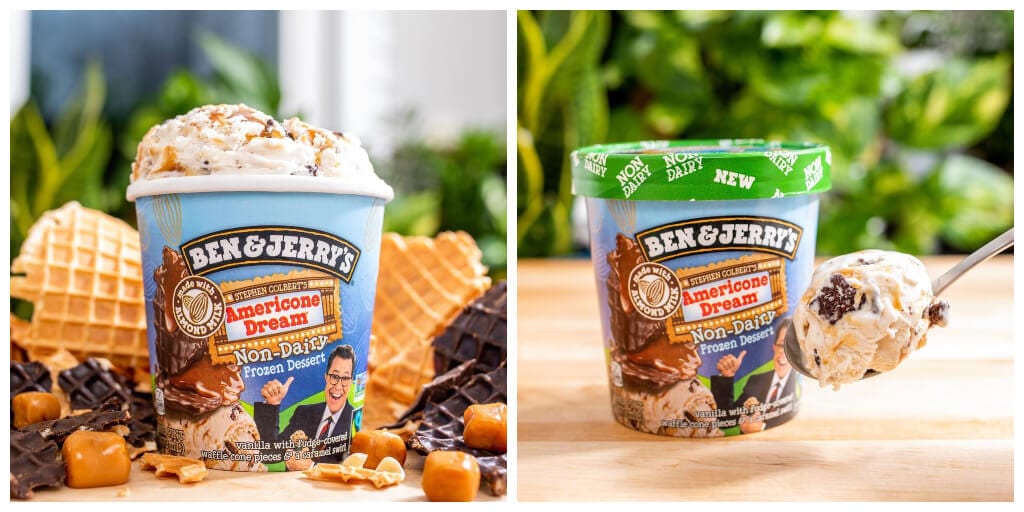 The new ice cream has been inspired by celebrity TV host Stephen Colbert.

The comedian first teamed up with Ben & Jerry’s in 2007 to launch the dairy-based ice cream.

The non-dairy version is made using almond milk and features vanilla ice-cream with fudge-covered waffle cones and caramel swirled in.

Announcing the news on Instagram, the TV host told his 628000 followers: “The vegan nondairy Americone Dream is here!

He added: “Fun fact: the container is vegan, too. But I wouldn’t recommend eating it.”

Colbert also encouraged his followers to ask him questions related to the ice-cream using the hashtag #InsideScoopWithStephen.

Profits from the new vegan product will be used by his ‘The Stephen Colbert Americone Dream Fund’ to support charity programs chosen by members of his team.

Some of the charities the brand works with include those that provide medical assistance and food to disadvantaged children, aid to veterans and their families, as well as several environmental causes.

The new non-dairy Americone Dream will retail between $4.39 and $5.99 per pint and has started to roll out in stores across the US.

After developing the vegan marshmallow recipe for more than a year, Ben & Jerry’s finally managed to recreate the same indulgent mix-ins including chocolate ice cream with marshmallow, caramel swirls, and fudge fish without the use of any animal products.