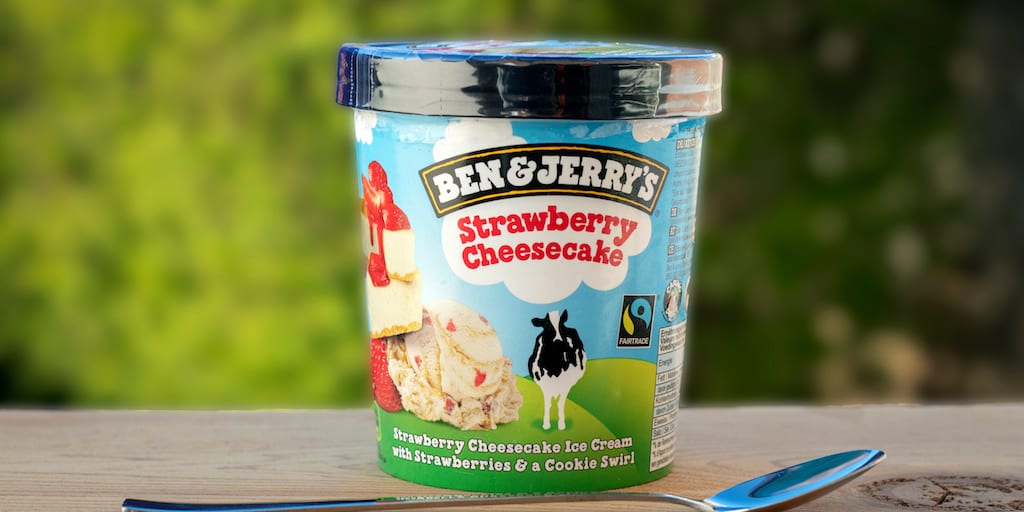 Ben & Jerry’s has removed its claim of sourcing milk from “humane” suppliers after lawsuit exposed its deceptive marketing strategies.

The Vermont based ice cream brand has modified its packaging labels in an attempt to offset a lawsuit that accuses it and its parent company-Unilever of deceiving customers about the source of the milk and cream used in its products.

According to the lawsuit filed last October by environmentalist James Ehlers, Ben & Jerry’s claimed that all its milk came exclusively from “caring dairy” farms that use humane methods; although most of the farms working with the company produced milk and cream in factory-style, and mass production dairy operations.

Ehlers continued that with the misleading marketing, Ben & Jerry’s charged premium prices, and had violated a Vermont consumer protection law.

The complaint follows a similar lawsuit filed by the advocacy group Organic Consumers Association (OCA) in 2018.

The OCA’s suit also claimed the ingredients found in the brand’s products were obtained from typical factory farms and some even contained traces of an environmentally harmful compound-glyphosate.

Ben & Jerry’s has since amended its packaging and removed its claim of sourcing milk from humane suppliers through its “Caring Dairy” program.

In its motion to dismiss the lawsuit, the company clarified that it never claimed to source its ingredients exclusively from “happy cows.”

The motion also termed “happy cows” a “non-actionable puffery,” which means that happiness is opinion and can’t be quantified.

“While we haven’t done an official survey of our cows’ happiness, we’re proud of the work we’ve done with Vermont’s family farmers over the past 35 years, and we believe our Caring Dairy program is the most progressive in the industry,” a Ben &Jerry’s representative said in a statement to McClatchy News.

“We’re committed to building a resilient, regenerative dairy supply that benefits animals, people, and the planet.”

With Ben& Jerry’s revising its marketing strategy, the advocacy group’s International Director Ronnie Cummins said:  “The removal of misleading ‘happy cow’ claims is a victory for consumers and an indication that Ben & Jerry’s can’t back up those claims.

“But this is just one small step toward more honest representation of the Ben & Jerry’s brand.

“OCA will continue, through our own ongoing litigation against Ben & Jerry’s and its parent company, Unilever, to push for Ben & Jerry’s either to live up to its remaining marketing claims, or to remove all claims that have no basis in fact.”

OCA associate director Katherine Paul, said: “We look at Ben and Jerry’s as the poster child for ‘green-washing’ — this type of deceptive marketing that’s used specifically to appeal to customers who want to think that they are buying products that have been responsibly produced.”

Will you buy ice cream from Ben & Jerry’s? Share your thoughts in the comments below!