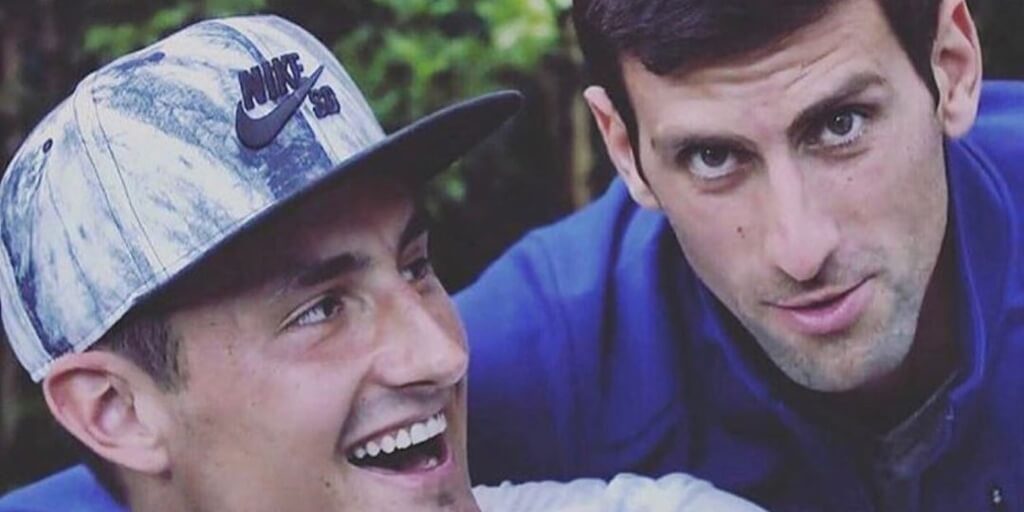 Tomic also said: “I don’t think I’ll ever go back to eating anything else so I’m a proud vegan.”

The tennis player made the comment during his appearance on the Functional Tennis Podcast, as revealed on Sportskeeda.

He said: “You know I changed to Vegan two and a half, three years ago and I love it, it’s an amazing feeling.

“A lot of successful people are vegan. I got inspired actually by Novak, so it was something I tried and it worked for me. I don’t think I’ll ever go back to eating anything else so I’m a proud vegan.”

‘I believe in Karma’

The current 259, who has been one of tennis’ most divisive figures in the last decade, accepted that he was not the healthiest athlete on tour, given his love for fast food but has mended his diet now as a strict vegan and aims to rebuild his body to make one last attempt at breaking into the top 10.

The Aussie added that another factor that helped him switch to a vegan diet was animal welfare.

The 29-year-old said: “The taste of meat, don’t get me wrong, it’s unbelievable but like I don’t miss it because there’s animals involved and I’m all about that.”

“I mean I believe in Karma, you know you do the right thing and there’s always something around,” Tomic further added.

“It’s not just that but for my health as well. I mean my health has overall gone a lot better in the last couple of years.”

Plant-based Djokovic is an inspirational athlete and has been on top of his game since the last 2 years. The tennis pro has ruled the sport single-handedly and is cementing himself as the Greatest player of all time. In 2021, he won 5 titles including 3 majors and was just one win short of winning the historic calendar slam.

In an interview  with Essentially Sport after winning this year’s Australian Open, Djokovic declared: “I’m very pleased to be plant-based and play on this level now for four-and-a-half years. There has been a lot of criticism also. You know, people around me didn’t really think that I could do that.

“It’s a lifestyle. More than just a diet because you have ethical reasons as well. Being conscious of what is happening in the animal world and you know the slaughtering of animals and farming and everything.

“There is obviously a huge impact as well on climate change that people maybe don’t talk about as much. It’s more than a performance for me, it’s a lifestyle. Something that I’m really proud of and hopefully that community grows.”

Djokovic added: “Hopefully I can inspire other athletes that it is possible to be plant-based and to recover well, to have strength, [and] to have muscles,” a feat he most surely has achieved.

Despite publicly acknowledging the benefits of a plant-based diet several times, the 34-year-old does not refer to himself as ‘vegan’ because of the ‘misinterpretations of labels and misuse of labels.