Beyond Meat’s breakfast sausage patties to launch in 5,000 more US stores 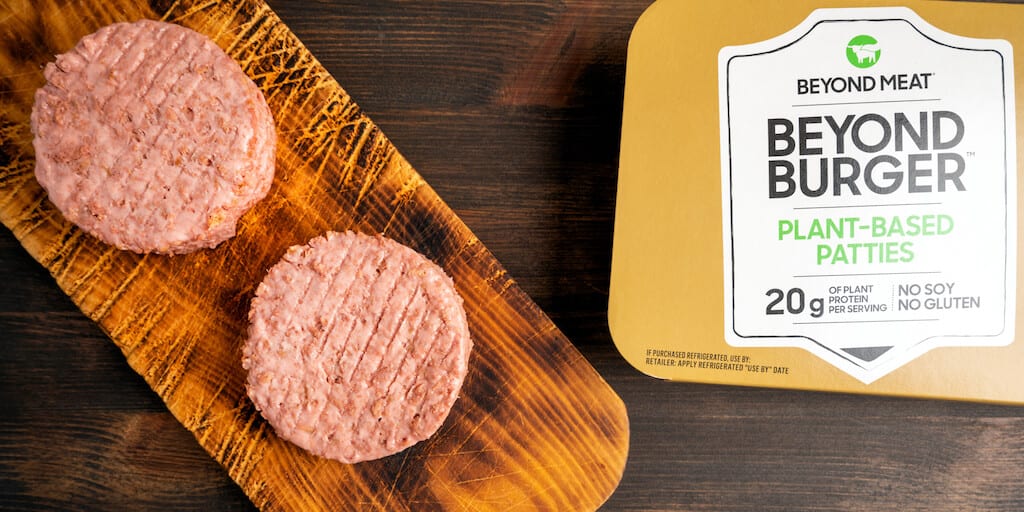 This week, Beyond Meat has announced plans to roll out its Beyond Breakfast Sausage Patties to an additional 5,000 US retailers including Kroger, Super Target, Walmart, Publix and Harris Teeter stores by the end of September.

This move will result in doubling the distribution of its patties, which the company confirmed are different from those served at restaurant chains such as Dunkin, Hardee’s, Starbucks Canada, and A&W.

The California based plant-based meat giant makes its pork-like sausage patties using a blend of pea and brown rice protein, along with herbs and spices such as sage and black pepper.

According to the brand,  its plant-based patties are more nutritious and healthier when compared to a  leading  brand of pork breakfast sausage patties. Two Beyond patties pack in 11g of protein per serving and 50% less total fat and 35% less saturated fat and sodium.

In addition, the Kosher and Halal certified patties are also free from cholesterol, nitrates, nitrites, antibiotics, hormones as well as GMOs, soy and gluten.

The sausages will be available in packs of six and retail at a suggested price of $4.99.

“Following the initial release of our Beyond Breakfast Sausage Patties at retailers earlier this year, we heard an enthusiastic and overwhelmingly positive response from consumers who asked for increased availability,” said Chuck Muth, Chief Growth Officer at Beyond Meat in a statement.

“We’re thrilled to be able to make delicious and nutritious plant-based meat with no GMOs more available nationwide, giving our consumers another convenient option to Go Beyond any time of day.”

In August, the company also introduced its direct-to-consumer sales option online as part of its efforts to increase accessibility to plant-based meat to more consumers nationwide.

With the latest retail expansion, Beyond Meat’s products are now stocked at approximately 112,000 retail and foodservice outlets in 85 countries worldwide.

Share this story: Beyond Meat’s breakfast sausage patties to launch in 5,000 more US stores