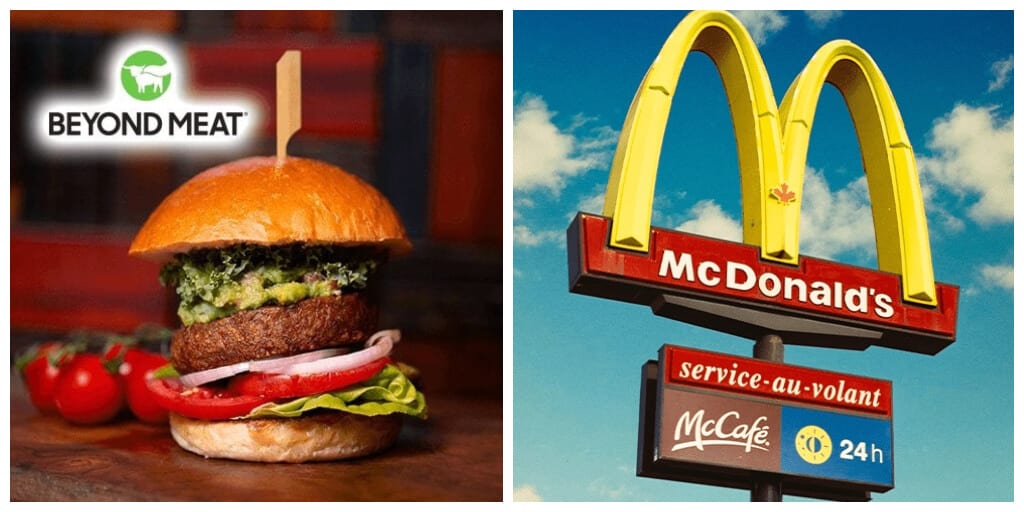 “We will combine the power of Beyond Meat’s rapid and relentless approach to innovation with the strength of McDonald’s global brand to introduce craveable, new plant-based menu items that consumers will love.”

Beyond Meat has signed an exclusive three-year deal with McDonald’s to supply the plant-based patty for the McPlant sandwich, as well as other plant-based chicken, pork, and egg products as part of McDonald’s broader McPlant platform.

The announcement comes after the fast-food company launched the McPlant burger trial at select locations in Sweden and Denmark locations, with the aim of gaining insight into customer interest before more McDonald’s outlets rolled out the plant-based option in other markets.

“We are proud to enter into this strategic global agreement with McDonald’s, an exciting milestone for Beyond Meat, and look forward to serving McDonald’s as they bring expanded choice to menus globally,” said Ethan Brown, Beyond Meat Founder & CEO.

“We will combine the power of Beyond Meat’s rapid and relentless approach to innovation with the strength of McDonald’s global brand to introduce craveable, new plant-based menu items that consumers will love.”

“We’re excited to work with Beyond Meat to drive innovation in this space, and entering into this strategic agreement is an important step on our journey to bring delicious, high quality, plant-based menu items to our customers.”

This isn’t the first time McDonald’s has collaborated with the plant-based meat producer.  It first trialled Beyond’s plant-based patty in its P.L.T. (Plant, Lettuce, and Tomato) burger at select locations in Ontario, Canada.

Beyond Meat deals with other food brands

Beyond Meat has also secured another deal with Yum foods to co-create plant-based-protein menu items for KFC, Pizza Hut, and Taco Bell over the next several years.

Pizza Hut already offers the Beyond Italian Sausage pizza and the Great Beyond Pizza in partnership with Beyond Meat.

KFC also trialled Beyond Fried Chicken nuggets in several US outlets including Nashville, Tennessee, and Charlotte, North Carolina in January 2020.

Chris Turner, Yum! Brands CFO said: “Today’s announcement builds on our strong relationship with Beyond Meat and, given the consumer response during recent tests with Beyond Meat, we’re excited about the long-term potential plant-based protein menu items have to attract more customers to our brands, especially younger consumers.”

Even Starbucks has rolled out vegan meals from Beyond Meat to select outlets in the UK, Canada, New Zealand, China, and Asia-Pacific.

‘Biggest deals in the food sector’

According to Brown, the new agreements with McDonald’s and Yum are “the biggest deals you could possibly put together in food,” however he added that Beyond wasn’t likely to generate many sales from the new ventures until the end of 2021.

Share this story: Beyond Meat partners McDonald’s to expand McPlant range over the next 3 years.