Beyond Meat launches plant-based minced pork for the Chinese market 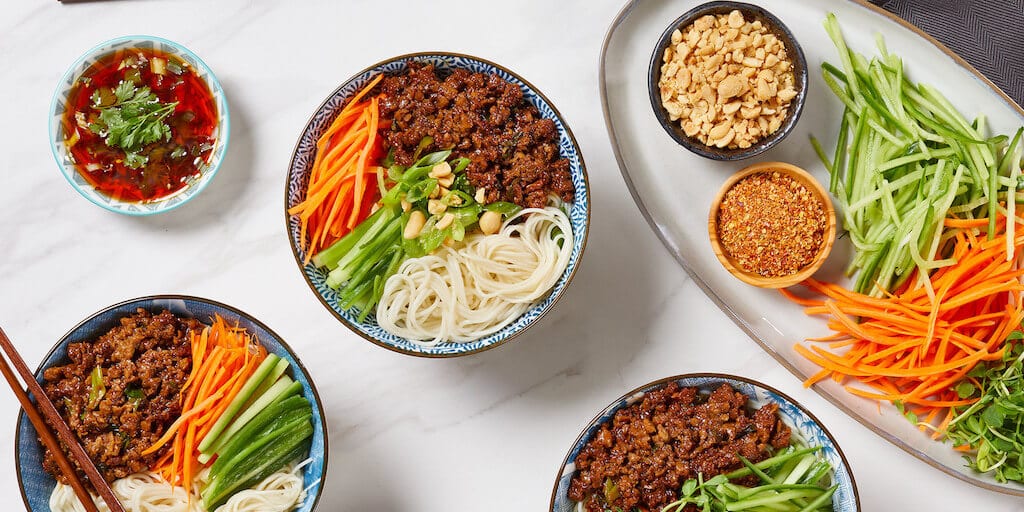 The new product has been specifically created keeping the predominantly pork-eating nation’s tastes in mind.

This week, Beyond Meat has launched Beyond Pork in the Chinese market

The new plant-based version of China’s favorite meat has been created to specifically cater to the Chinese palette.

Pork has accounted for about 70% of China’s overall meat consumption, according to official Chinese data.

However, the corona pandemic and the outbreak of African swine fever, last year, severely disrupted hog supply in the country forcing many consumers to switch to other types of meat.

Beyond Pork’s “exclusive debut in China furthers Beyond Meat’s commitment to this important market.”

Beyond Meat partnered with five popular Shanghai restaurants, including Egg and Solo X for a lunch event on Tuesday to introduce the new meatless minced pork product.

Each restaurant served a dish replacing traditional animal protein with Beyond Pork. These special menu items will be available at all five restaurants until Nov. 24.

According to the California-based company, the new versatile product can be served in several renditions such as spaghetti and meatballs, spicy bolognese, as well as biscuits, gravy and toppings.

“We’re excited to launch Beyond Pork in China, marking a milestone for Beyond Meat,” Candy Chan, Beyond Meat’s general manager for China, said in a statement.

“We are not only launching an entirely new product innovation, but our first plant-based meat product created specifically for the Chinese market.”

Beyond has been steadily expanding its presence in mainland China, a market it deems vital for the company’s growth.

The vegan brand has previously launched the Beyond Burger and Beyond Beef in the country.

It also rolled out its products in some of China’s most popular fast-food chains, including KFC, Pizza Hut and Taco Bell.

In September, the company tied-up with Starbucks, to add its meat-free pastas, lasagnes and wraps on Chinese menus.

Share this story to let others know about the new Beyond meat product launch in China.