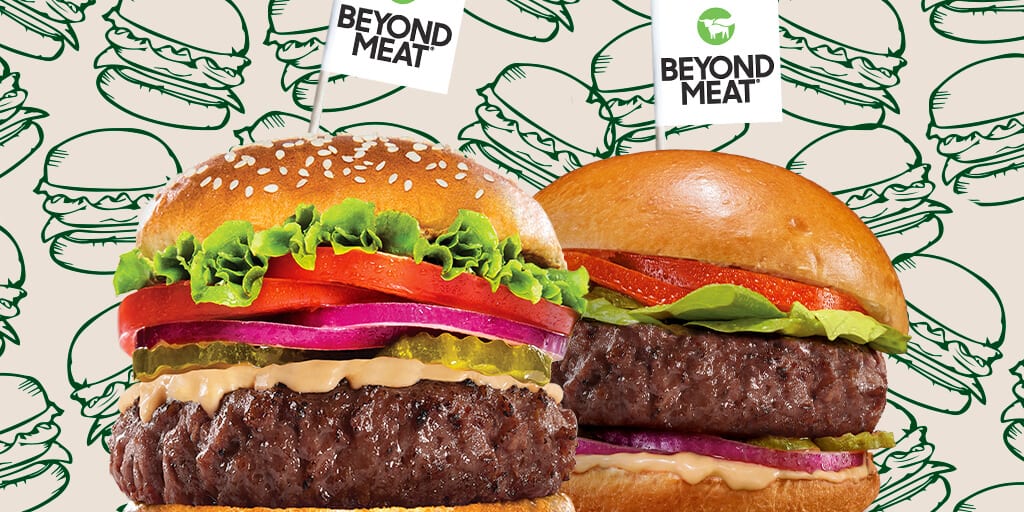 “Our commitment is to provide consumers with absolutely delicious plant-based meats that are better for people and the planet, no sacrifice required.”

Beyond Meat has announced the launch of two new versions of its signature Beyond Burger, formulated with vegan B12.

According to the California-based food technology brand, the new vegan burgers “with different nutritional stats to fit your lifestyle preferences!” will hit US market shelves in 2021.

The brand added that it is continuing its mission to make better-for-you plant-based meat by revamping its patties to reflect better taste, health and sustainability.

The first burger, which is supposed to be its “juiciest patty for the meatiest burger experience,” contains 35 percent less saturated fat than its 80/20 beef counterpart.

The other offering, described as “its most nutritious patty yet,” contains 55 percent less saturated fat than a traditional beef burger.

According to Beyond, despite the lower calorific values, the new burgers will retain the same savory flavor of its predecessors since it has refined the way peas, beans, oils, and grains are processed and encrusted into the final product.

The new burgers will also contain minerals and micronutrients comparable to beef, including vitamin B12, which is often supplemented on a plant-based diet.

“I am personally thrilled to introduce this new Beyond Burger platform as it speaks so clearly to what our brand and company stands for,” Beyond Meat’s founder and CEO Ethan Brown said in a statement.

“Our commitment is to provide consumers with absolutely delicious plant-based meats that are better for people and the planet, no sacrifice required.”

He added: “These new iterations deliver on this promise, and I am immensely proud of our team’s ability to make such strong advances in taste, juiciness and nutrition through our Rapid and Relentless Innovation program.

“Just as you can find different varieties of ground beef, consumers will now have more choice to satisfy their individual nutritional needs and preferences.”

The company will be unveiling the Beyond Burgers at an exclusive preview in Los Angeles November 18-20 – slots for which have already been sold out.

Beyond Meat’s new iterations will join a slew of other offerings launched by the company in 2020.

Last month, it rolled out Beyond Breakfast Sausage Links, which it described as a ‘perfectly delicious plant-based addition to any breakfast spread’.

Beyond Meat products have soared in popularity this year. The Los Angeles-based brand also introduced its direct-to-consumer sales option online as part of its efforts to increase accessibility to plant-based meat to more consumers nationwide.

With the latest retail expansion, Beyond Meat’s products are now stocked at approximately 122,000 retail and foodservice outlets in 85 countries worldwide.

Share this story to let others know about Beyond Meat’s two new versions of its popular Beyond Burger.