Beyond skin founder Natalie Dean: How my vegan shoe brand has thrived for 18 years in a turbulent market | Totally Vegan Buzz
Skip to content

Beyond skin founder Natalie Dean: How my vegan shoe brand has thrived for 18 years in a turbulent market 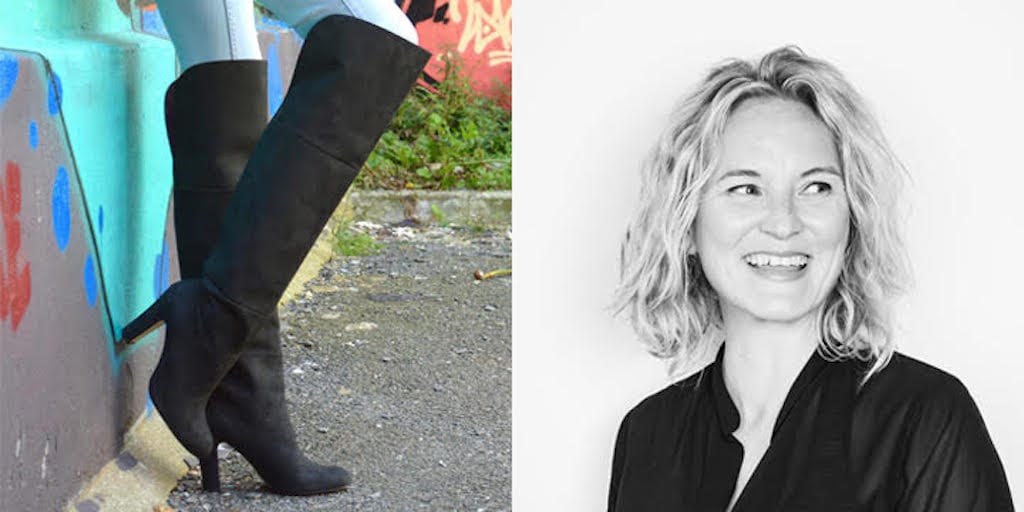 This was her vegan breaking point, pushing her from vegetarianism to a full-on plant-based lifestyle. But she quickly realised changing her diet was only the beginning.

“The documentary really upset me, it tipped me over the edge,” she told Totally Vegan Buzz.

“But then I realised I had an entire wardrobe of leather, so I had to get rid of it.”

In 2000 Dean was working as a makeup artist in the fashion and music industry, and had always taken a keen interest in clothing.

Gap in the market

“It was really hard back in 2001 to find nice non-leather footwear. You had the option of jelly shoes, or something really rank,” she said.

After noticing the gap in the market, Dean called a friend who worked as a fashion footwear designer.

She continued: “I said ‘meet me in the pub, I want to make shoes’.”

Her friend recoiled in shock upon hearing Dean’s unique business idea. “She said ‘there might be a market, but footwear is quite complicated’.”

Beyond Skin was the first ethical vegan shoe company to produce fashion products, so getting noticed was a challenge.

But the business defied the odds and began trading in an era when veganism was little-known, and has now been providing high-end vegan products for 17 years.

“Vegetarian Shoes were around but nobody was doing a fashion product, so we were the first people to go trend-led and style-led,” the owner said.

And the business hit the ground running thanks to her music industry contacts.

“I immediately sent out some shoes to a few celebrities. I think Chrissie Hynde was the first celebrity to pick up on the footwear, so I started making some handmade stuff for her,” Dean said.

“We got in the press quite quickly and very soon got them to Natalie Portman’s stylist. That changed everything, because as soon as you’ve got a celebrity wearing your shoes it’s a game-changer.”

Business boomed as ethical consumerism started to gain momentum in the early 2000s.

But then Beyond Skin was hit by the recession after stores selling its products rapidly began closing in Germany and the US.

So Dean made a call to pull out of wholesale and concentrate on retail.

“We pulled our horns in and concentrated on our internet business and struggled through until about 2013. E-commerce was beginning to bubble so we went direct to retail and haven’t looked back.”

Dean continued: “People don’t know there’s an alternative. People say ‘When I thought of vegan shoes I didn’t think of a luxury product’.

“They still perceive leather to be a luxury, which will change soon.”

Dean said more awareness is needed about the unethical sources of leather, and about the high quality of vegan shoes.

“People don’t realise most leathers are really cheap, way cheaper than our shoes. A lot of technology has gone into ours. They are far superior to the cheap nasty leathers you get out there.

“Once that awareness comes through people will change. If they know it’s ethical and you don’t sacrifice on quality or aesthetic, then it’s a no-brainer.”

Though Dean is grateful for the rise in veganism supporting her business, she warned other vegan entrepreneurs not to rely on the movement for success.

“A lot of vegan businesses go wrong by trying to target purely the vegan market. However much it’s growing, it’s still niche.

“You have to appeal to everybody, with a nice little edge that it happens to be vegan, rather than the other way around.

“Don’t just rest on your laurels and think just because you’re vegan, and veganism is growing, that it’s going to see you through because it won’t.”

Dean also advises new businesses to be prepared to make compromises when starting out.

“You aspire to tick every single box, but as a social entrepreneur you have to realise there are restraints.

“We could make our shoes in China. We would make a lot more money but because of our ethics we won’t move to China.”

Transparency and honesty is key to attracting conscientious consumers, she argued.

Dean spoke passionately about the vegan movement, which she said is ‘here to stay’.

“Climate change is happening. It’s ruining the planet so everyone has to take responsibility for their purchasing and their spending. There are more and more conscious consumers,” she added.

“Millenials want to have an affinity to a brand that they think is making a difference. Young people are really going to shape the future and they’ll demand for companies to make big changes.”

Let us know your thoughts in the comments below – do you own a pair of Beyond Skin shoes?