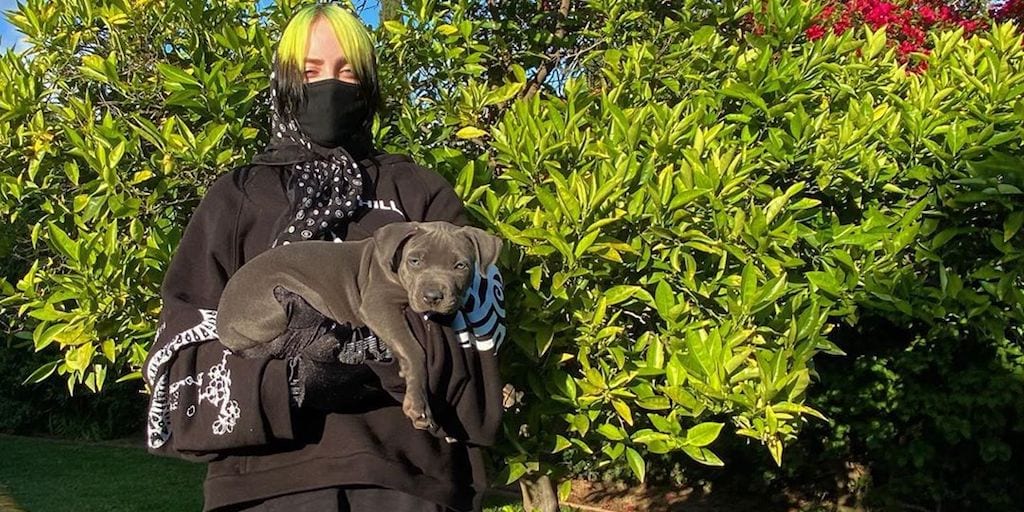 ‘As for this little nameless monkey… you are miiiiiiiiiine!!!’

On Tuesday, Vegan singer and animal lover Billie Eilish revealed she adopted one of the two pit bulls she had brought over to foster from the Angel City Pit Bulls shelter.

The 18-year-old singer brought the pups home last month in order to help shelters struggling to care for animals amid the coronavirus pandemic.

“If you’re looking for things to do while we’re all stuck at home, foster some babies,” she posted on Instagram at the time.

However, a month later, she posted she “failed at fostering” while revealing she had adopted the gray puppy, who she showed off on her story, writing: “As for this little nameless monkey… you are miiiiiiiiiine!!!”

The other dog she was fostering was adopted by someone else.

The five-time Grammy winner is an avid environmentalist and a passionate animal rights campaigner and often throws her weight behind social causes whether its urging followers to ditch wool, mink, and other animal skins or promoting veganism by telling fans eating meat is ‘ignorant and stupid’.

For the world tour in March, which was subsequently postponed, she partnered with Reverb– a non-profit environmental organization to make the tour ‘as green as possible’.

In a bid to shed light on the climate issues plaguing the world, she released a video-titled ‘Our House Is On Fire’ with Woody Harrelson to discuss global warming and urge viewers to go vegan, join strikes and vote for leaders willing to address climate change issues.

Billie Eilish isn’t the only one reaching out to helpless animals abandoned during the ongoing lockdown period.

Share this article to raise awareness of the difficulties faced by animals due to the coronavirus outbreak.