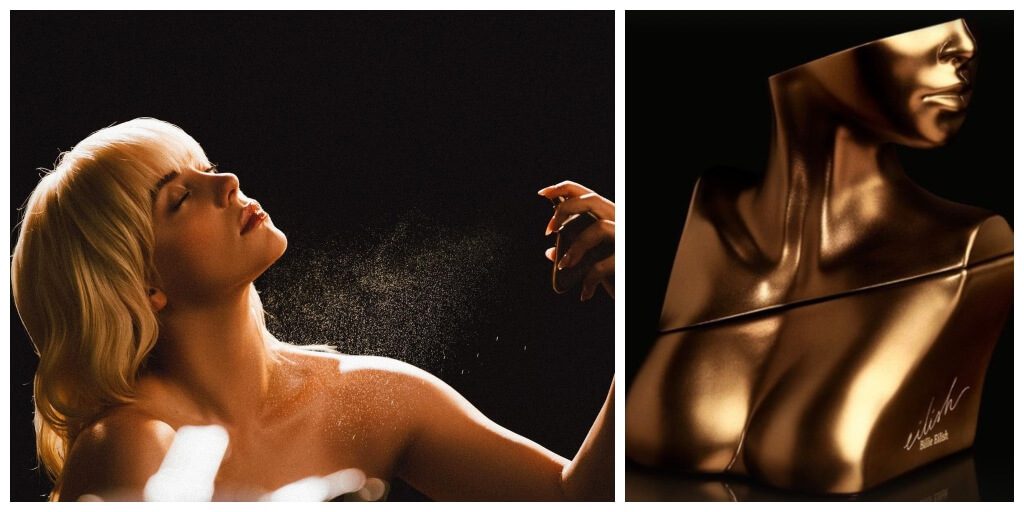 The fragrance features cocoa, soft spices and vanilla in addition to base notes of musk, tonka bean and sleek woods along with hints of sugared petals, juicy mandarin, and red berries.

Speaking to Vogue, EIlish revealed: “Perfumes have been one of my greatest joys in life,” and added that she has always been drawn to scents  since they contain memories. After chasing her favourite ‘vanilla smell’ for a while she finally crafted her signature perfume using notes  that evoke a “warm, caramel, smooth, velvety thing”, in her mind.

“I am SO EXCITED to finally share my debut fragrance “Eilish” with you!

“This is a scent that I’ve been chasing for years and years.

“This is my favorite smell in the WORLD.”

‘Voice of a generation’

The perfume has been created in partnership with beauty company Parlux, Ltd. It does not contain any animal-derived ingredients and is not tested on animals.

Lori Singer is the president of the beauty company. She said in a statement:  “Billie Eilish is a singular talent and the voice of a generation.

“She has a vision in everything she does that is unique, disruptive, and authentically hers.

“Partnering with Billie was natural for Parlux because we can bring a vision to life like no one else, and we were equally excited to be on this journey together.”

A bottle of Eilish will cost $68 and retail exclusively on  BillieEilishFragrances.com in November.

Aside from fragrances, Eilish has had a pretty productive 2021. Last month, she and Nike teamed up to make vegan Air Jordans. They released two styles: Air Jordan 15 in a neutral taupe hue and Air Jordan 1KO style in a “Ghost Green” colorway.

The news came soon after Eilish, who co-hosted this year’s Met Gala – one of fashion’s biggest annual events – served iconic designer Oscar de la Renta an ultimatum that  she would only wear the brand’s designs on the red carpet if it committed to going fur-free.

Share her story: Billie Eilish is launching her first perfume.