Billie Eilish: “Mink lashes and slippers disgust me. Where yo heart at?” – Totally Vegan Buzz
Skip to content

Billie Eilish: “Mink lashes and slippers disgust me. Where yo heart at?” 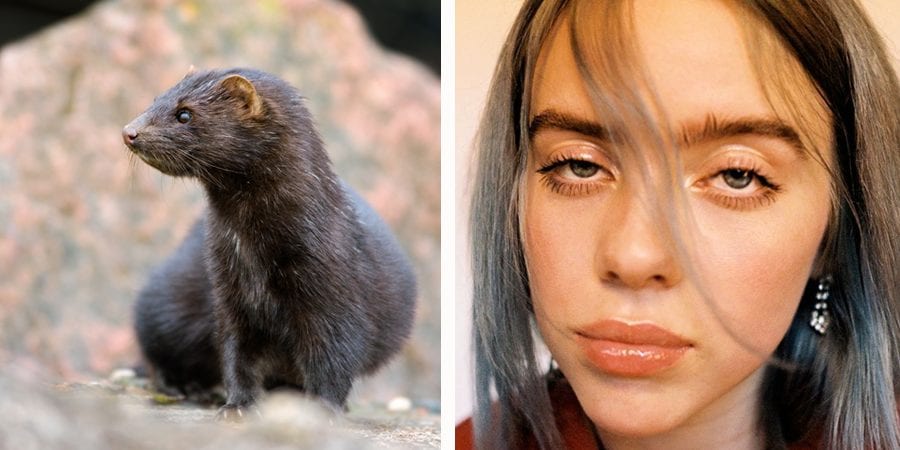 Vegan singer Billie Eilish has spoken out against the mink industry, telling more than 40 million followers that people who buy mink products ‘disgust’ her.

The 17-year-old superstar is an outspoken animal rights activist, and she posted an image on on her Instagram stories and wrote: “Just so you know… this is a mink. You ***** getting mink lashes and mink slippers disgust me. Where yo heart at?”

The mink fur industry has been exposed as incredibly cruel in investigations by animal rights group Animal Equality.

The industry is in decline and will be outlawed in Ireland soon, saving millions of mink from lives of misery.

Mink are routinely trapped in tiny cages so small they can barely move, and they are then routinely gassed to death and skinned when they are six months old.

Last month Eilish starred in a powerful video which urges viewers to ditch animal products to save the planet, alongside fellow vegan Woody Harrelson.

The film from Greanpeace features the two stars discussing the main contributors to climate change, and the pair demand people change their habits to help prevent global warming.

Eilish and Harrelson urge viewers to go vegan, join strikes and vote for leaders who are willing to act to reduce global warming in the video titled ‘Our House Is On Fire’.

Eilish has been an outspoken activist since she told her fans to go vegan because eating meat is ‘ignorant and stupid’.

And this month she posted on Instagram: “TICK TOCK! our time is running out. the climate crisis is very real. we need to speak up and demand that our leaders take action. #climatestrike #fridaysforfuture @greenpeace @gretathunberg.”

How influential can Billie Eilish be on animal rights? Share your thoughts in the comments section below!