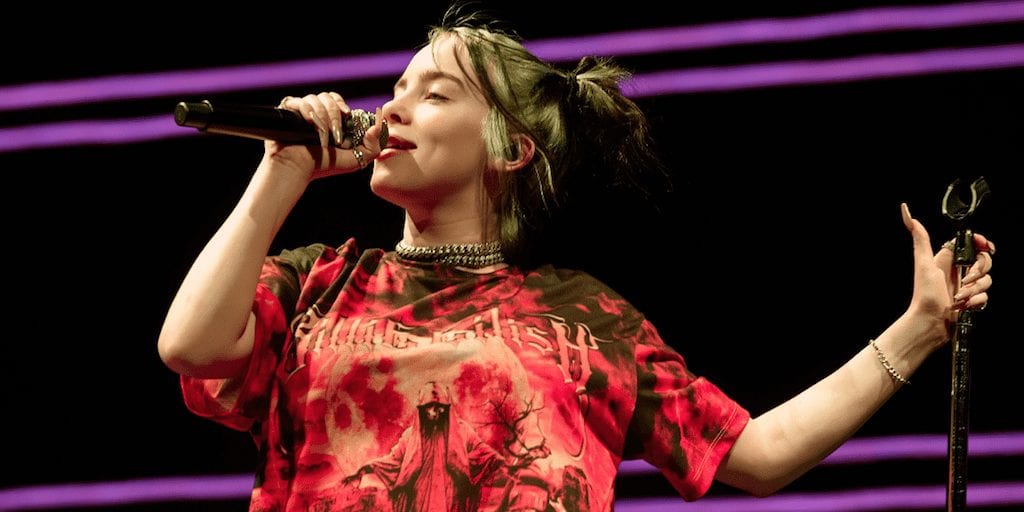 After slamming the mink industry last week, vegan musician Billie Eilish has now spoken out against the wool industry, urging her 40 million plus followers to avoid the material.

The 17-year-old shared an anti-wool message on Instagram, asking her fans to watch a video by PETA exposing the atrocities inflicted on animals used for wool.

In the video, American singer and songwriter Pink says: “If you’re like most people then you already refuse to wear fur because of the obvious of cruelty to animals involved.

“Like me, you may even look for the stylish alternatives to leather.

“But what about wool? Most of us have never thought about it.

“Sadly, like any industry that uses animals, the wool trade uses methods so sadistic that it makes you consider clearing your closet of any animal products.”

The video then shows footage of how merino sheep, which are widely used in the wool industry, are mercilessly skinned for their produce.

In the video, farmers are seen hacking away at chunks of skin and flesh off the sheeps’ backs without sedating them.

The procedure is known as mulesing and many farmers adopt this painful procedure to clear off folds of skin that have been infected by maggots and flies.

The method used is one of the ‘cheapest, cruelest, and crudest ways’ to get the job done,” comments Pink.

The torture doesn’t end there as the skinned sheep are killed ultimately for the meat trade.

They are bundled in multitiered ships to overseas markets in “miserably hot, cramped and filthy conditions” and are “in a constant state of panic,” continues Pink.

The animals travel for weeks in these hostile conditions, which ends up killing many of them and the ones who survive are manhandled, with their throats being slit while they ‘re still alive.

“Another way to use your power as a consumer to stop cruelty is to avoid wool altogether.

“I know this sounds like a pain in the [expletive] but it’s not so difficult. There are lots of clothes to buy for a look that kills without killing anything,” adds Pink.

How influential can Billie Eilish be on animal rights? Share your thoughts in the comments section below!