Bogota could be first city in Colombia to ban barbaric bullfights 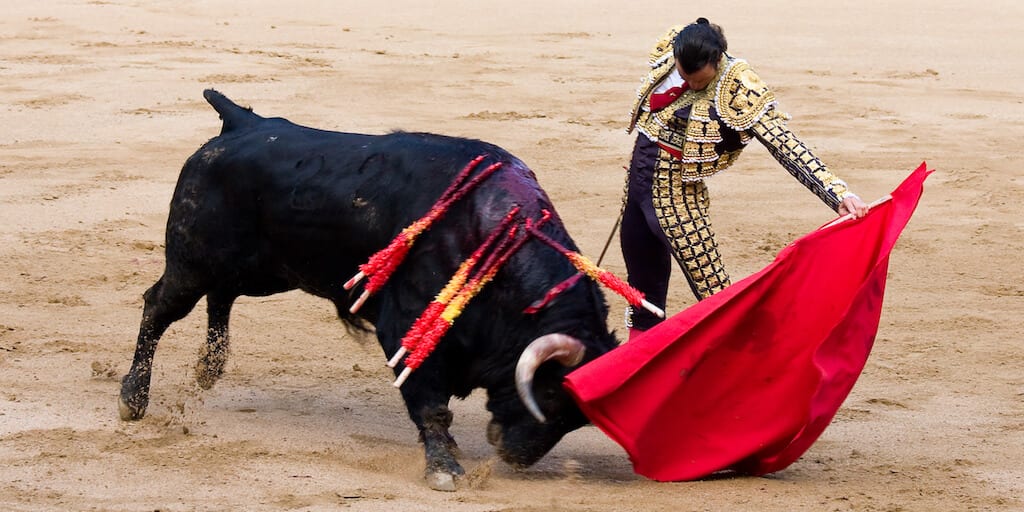 ‘Animals are individuals with rights, and they deserve all our protection and respect’

In a move described as “the beginning of a definitive victory against animal abuse,” the Bogota city council is banning the maiming and killing of bulls in bullfighting.

The draft has been drawn up by Bogotá’s City Council, along with animal rights councilor Andrea Padilla and councilor Juan Baena—coauthor of the project.

According to the new law, all acts that “lacerate, cut, maim, injure, burn or hurt animals in any form whatsoever, as well as putting a bull to death,” will be banned, Green Alliance Party council member Andrea Padilla told reporters.

The Left-wing politicians hope their plans to outlaw the mistreatment and killing of the animals by banning the gory aspect of the sport will eventually phase out the cruel blood sport altogether.

Bullfights, considered an integral part of Spanish and Latin culture have been staged for hundreds of years. Bogota has been hosting the blood sport since 1913 except during a four-year ban implemented under a former leftist mayor, Gustavo Petro, in 2012. The Colombian Constitutional Court eventually lifted the ban in 2018 under the pretext that bullfighting was part of the country’s culture and exempted the event from the purview of animal cruelty laws.

Apart from Bogota, bullfights are also organized in the Medellin, Cali and Manizales cities of Colombia, which is one of the only eight countries where bullfights are still held. Ecuador, France, Mexico, Peru, Portugal, Spain and Venezuela are the remaining countries.

According to US-based Humane Society International, every year, nearly 250,000 bulls are killed in bullfights worldwide.

If the draft is approved by the Colombia legislature, which reserves the final say on the matter, the events at the Santamaria Bullring will also be reduced to three bullfights per year from the annual eight events that were held in the past.

While animal activists lauded the city council’s decision, Juan Bernardo Caicedo, the president of the non-profit bullfighting organisation Corporacion Taurina de Bogota slammed it stating the move was illegal and “unconstitutional” and his organization would use the full power of the courts “to bring all the necessary remedies”.

Speaking to PETA, city councilor Juan Baena said: “Animals are individuals with rights, and they deserve all our protection and respect.”

“We can’t wait for Congress to ban bullfights, because it can be a paralyzing entity. The Council has reached the bold decision of restricting animal abuse, and Bogotá is ready for this.”

Share this story if you agree that bullfights should be completely banned.