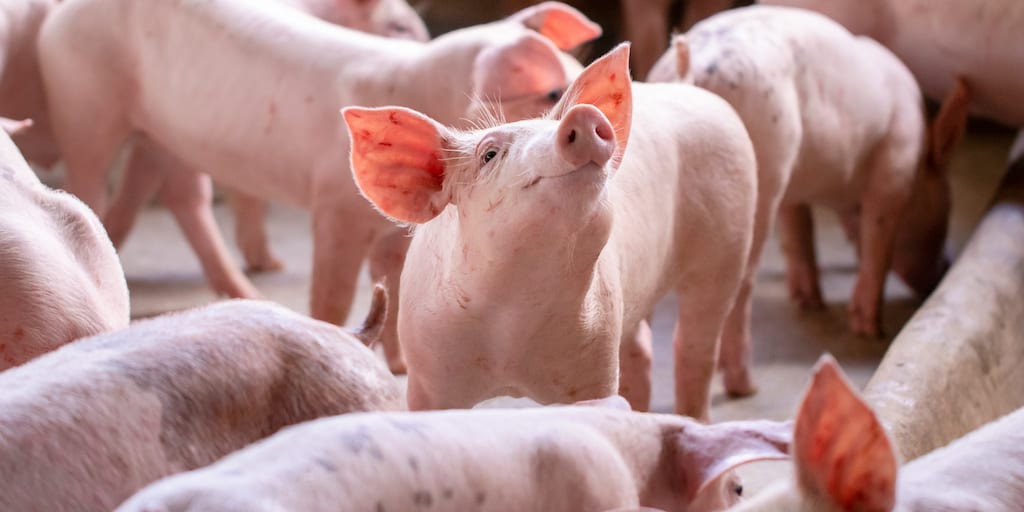 The global meat industry has 2 billion farm animals being traded annually subjecting them to grueling travelling conditions and unregulated slaughtering practices across countries.

According to data from the UN’s Food and Agricultural Organization (FAO), the numbers of live farm animals, including pigs, cattle, sheep and goats being exported has grown dramatically over the past fifty years.

While numbers for live chicken transport around the world has ballooned by a staggering sixteen times during the same time frame.

The data for 2017 showed nearly two billion animals loaded onto ships or lorries and ferried across nations clocking a few hours to six weeks and beyond. The numbers also revealed that at least 5 million creatures were in transit on any given day and the figures only included animals for cross-border journeys and not those on long journeys within border limits, reports the Guardian.

The increase in meat consumption in many parts of the world has led to the steep rise and exporters have been reaping profits. Data from Comtrade has shown the market grow from $716m (£548m) in 1988 to $21bn in 2017.

Although the global industry is thriving, investigations have highlighted the sorry plight of these helpless creatures, who are victims of the burgeoning meat trade and organisations have been calling for a ban on live transport of animals and limits on journey times.

According to reports, animals are:

In addition, some countries such as the US, UK and France have fewer, larger meat plants, which makes animals travel longer distances, and sometimes into other countries, for processing.

The World Organisation for Animal Health (OIE) is responsible for setting standards on public and animal health, and creating rules for animal welfare. However, it cannot hold anyone accountable if rules are not implemented or violated.

“Our members have not given us the mandate to enforce compliance with our international standards – that remains the sovereign responsibility of each member country,” said Dr Matthew Stone, a deputy director-general of the World Organisation for Animal Health.

“Our standards and strategies for animal welfare promote implementation of bilateral agreements for trade in live animals that address contingency arrangements during transport.

“In such circumstances, our standards describe the responsibility to care for the sick animals, and if unloading at the port of destination is in their best interests, to facilitate quarantine, investigation, and decisions on the fate of the consignment.

“Humane treatment of animals remains an important consideration throughout the entire journey.”

Peter Stevenson, chief policy adviser of campaign group Compassion in World Farming, said: “The OIE should be doing much more to help its member countries to implement its standards on welfare during transport and slaughter. Many OIE member countries simply don’t know where to begin when it comes to implementing the OIE standards on welfare at slaughter.”

While animal rights groups call for better regulation of the industry with stricter measures and policies, supporters of the trade state that animals are well tended to during transportation.

“In the most basic terms, it doesn’t make sense not to take care of them,” said Rupert Claxton of international food consultancy Gira to the Guardian.

“Commercially, exporters need the animals to be fit and well.”

“But the emphasis is on profitable trade rather than welfare aims. An example might be the live export of sheep to the Middle East, and of recorded journey times being exceeded in the EU. I think we need to reassess what we permit and why we permit this trade.”

Do you think Governments should implement stricter measures to protect animals raised for the global meat industry? Share your thoughts in the comments below!