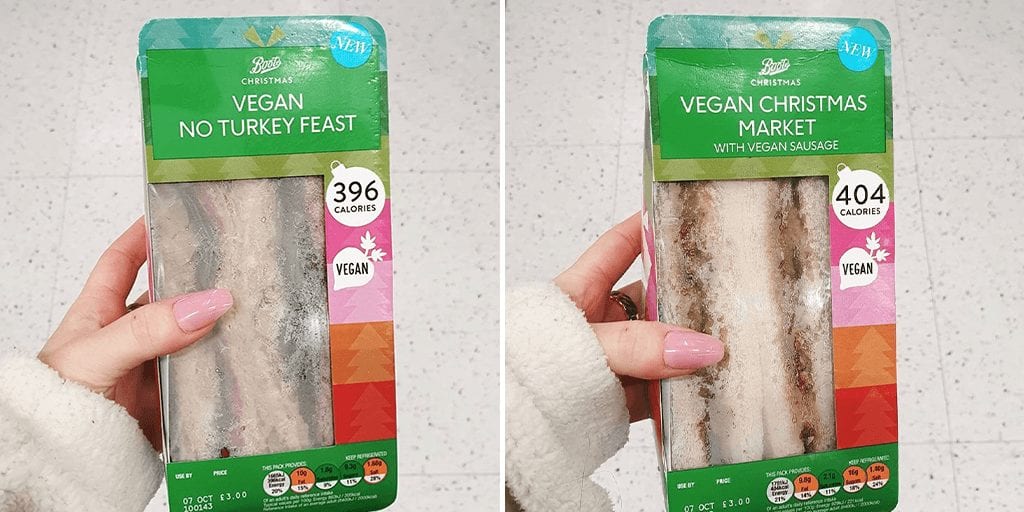 The retailer’s latest plant-based offerings for the festive season include the Vegan No Turkey Feast and sausage-based Vegan Christmas Market.

The food blog shared an image of Boots new vegan No Turkey feast on its Instagram and wrote: “@bootsuk launch the first Vegan Christmas Sandwich of the year.”

The  sandwiches are each  priced at £3.00, but are reportedly available in £3.39 meal deal offer according to Instagram account Accidentally Vegan UK, who posted pictures of the sandwiches from user @wefoundvegan.

While many supermarkets and retailers are releasing elaborate vegan festive ranges to cater to the growing demand of conscientious eaters, Vegan Food UK said it was eager to find out if Boots’ new vegan turkey sandwich rivals the taste of the incredible M&S No Turkey Feast.

One wrote: “Awww man I can’t wait to try this.”

A third tagged a friend and wrote: “Some Xmas sandwiches this year for you to try.”

Share this story to let others know of Boots’ new plant-based Christmas range.