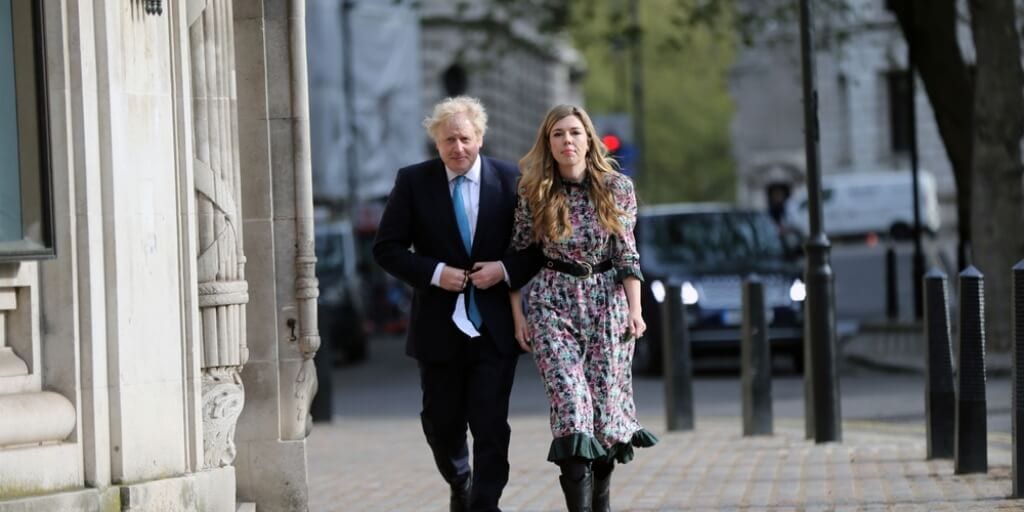 “We hope the gift will inspire Britons to spare other geese by refusing to eat their flesh and by joining the campaign to ban foie gras.”

UK prime minister Boris Johnson and Carrie Symonds have been gifted a rescued goose after the couple tied the knot in a ‘surprised’ ceremony on 29 May.

The goose named Barrie (a mix of Boris and Carrie’s names) is a gift from PETA, which added that it was a ‘fitting’ present for the newlyweds since geese are ‘loyal’ birds.

The vegan charity revealed that Barrie was destined for slaughter but will now live out his freedom, in the company of other geese and ducks, at Hillside Animal Sanctuary in Norwich in the couple’s name.

The unusual gift is also part of a campaign to urge the government to ban foie gras in the UK.

While it is illegal to produce foie gras in the country, nearly 180 to 200 tonnes of this ‘notoriously vile food’ is shipped in from abroad annually.

PETA has therefore started a petition asking for foie gras sale and importation to be stopped and has already garnered more than 33,000 supporters, who have joined the call to ban this “torture in a tin”.

Elisa Allen, the director at PETA said: “Geese are loyal birds who are fiercely protective of their partners and offspring.

“So it seems fitting that the prime minister and Ms Symonds’ joyous occasion would coincide with the joy that Barrie the goose is experiencing thanks to his newfound freedom,” a PETA spokesperson said.

“We hope the gift will inspire Britons to spare other geese by refusing to eat their flesh and by joining the campaign to ban foie gras – a pâté made from the diseased liver of force-fed geese and ducks – in the UK.”

PETA has also written a letter to the Secretary of State for Environment, Food and Rural Affairs George Eustice, stating: “Foie gras is a notoriously vile food for which birds are condemned to such intense suffering that its production is illegal in the UK and more than a dozen other countries.

“We should close our borders to this cruel trade. A ban would reflect the view of the overwhelming majority of Brits. 79% want to see an end to imports of foie gras.

“By making the decision to stop importing and selling this vile product, the UK would close the loophole that currently allows a food whose production is so cruel that it cannot take place here to remain on our shelves. And, become a world leader in animal protection.”

Acknowledging the cruelty of foie gras production, the UK government has committed to “building a clear evidence base to inform decisions on banning the import or sale of foie gras” in its 2021 Action Plan for Animal Welfare.