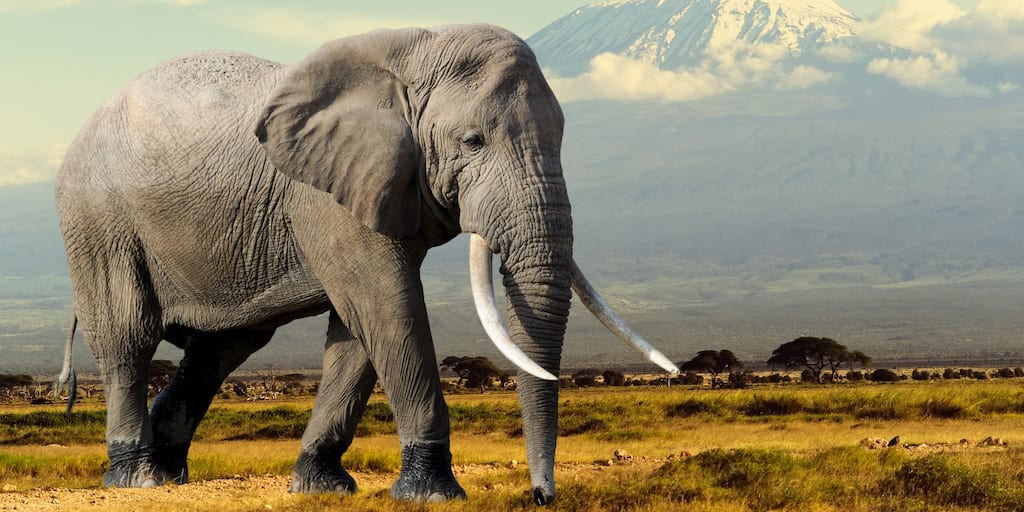 Conservationists have responded with fury to Botwana’s decision to sell licenses to trophy hunters which allows them to shoot 60 elephants.

An auction saw the permits sell for more than £30,000 each, totalling £1.8m in a move which experts have said will speed up the extinction of an endangered species.

Africa’s elephant numbers have plummeted in recent years due to poaching – falling by 30 percent between 2007-2014 and two thirds since 1979.

The country’s populations have actually grown in that time, but officials said ‘there is a negative impact of the hunting suspension on livelihoods, particularly for community-based organizations’.

Botswana commonly sees conflict between elephants and humans as the animals roam freely on farmland.

There is an ongoing global debate about the impact of trophy hunting on endangered animal populations.

Officials claim the money obtained from hunting is used to fund conservation efforts and is therefore beneficial to the species as a whole.

But activists argue that licensed hunting fuels demand for elephant body parts and the ivory trade in particular, and in turn funds further poaching. Experts have described the decision by Botswana as a ‘global conservation disaster’.

There are also many other issues related to trophy hunting – welfare groups fear the intelligent animals will react to the dangers of hunters and migrate into neighbouring countries where hunting is allowed.

Animal rights groups have also argued that the reinstatement of hunting will lead elephants to view humans as a threat, and cause more human fatalities, while there are fears for its impact on elephant gene pools.

Eduardo Goncalves, founder of the Campaign to Ban Trophy Hunting, told The Independent: “Scientists have noticed that trophy hunting and poaching of African elephants is leading to elephants having shorter tusks and that there are now more adult elephants with no tusks.

“Trophy hunting is artificial selection. By targeting the biggest and strongest animals, it leaves the weaker, smaller animals behind. This means the best genes are being lost, so the species will be less able to adapt to accelerating climate change, it will be more prone to disease, and the risk of extinction is greater.”

The move by Botswana has been met by public outcry and condemned across the globe.

A group of wildlife experts and celebrities, including Ralph Fiennes, said: “Trophy-hunting of elephants often brings a slow, painful death. With its population dwindling and increasingly scattered, the impact of trophy-hunting could be disastrous and possibly contribute to the extinction of the species.

“This would be a major global conservation disaster – potentially the worst in living memory – and have tremendously damaging consequences for efforts to conserve endangered fauna and flora everywhere.”

What do you think of Botswana’s decision to resume trophy hunting? Share your thoughts in the comments section below!