Brazil's Amazon is up in flames again with more than 29,307 fires recorded in August | Totally Vegan Buzz
Skip to content

Brazil’s Amazon is up in flames again with more than 29,307 fires recorded in August 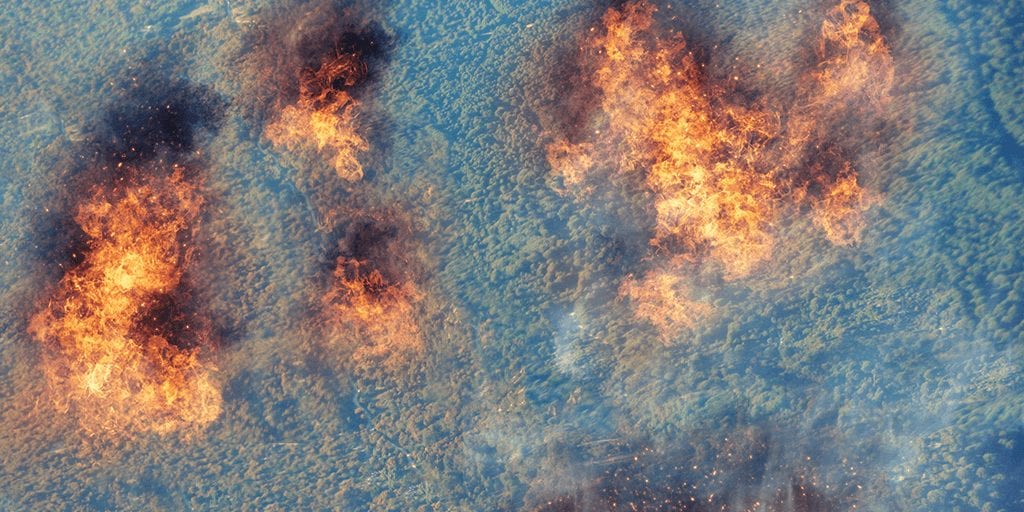 ‘We are watching last year’s tragedy repeat itself’

Fires in the Brazilian Amazon are raging all over again, the Guardian reports.

According to satellite images from Brazil’s space agency, Inpe, there have been almost as many fires in the Amazon as last year. The agency detected more than 7600 fires in the Amazonas-one of the nine Brazilian Amazon states during the month of August. The number is nearly one thousand more than last year and the highest number since 1998. It added that across the entire Amazon region it had detected more than 29,307 fires in August –only slightly behind last year’s figure of 30,900.

‘Worst moment in more than 30 years’

Carlos Rittl, a Brazilian environmentalist who works at Germany’s Institute for Advanced Sustainability Studies said that Brazil is facing its worst climatic conditions in more than thirty years.

“This is without doubt the worst moment in more than 30 years that we are facing in Brazil. And unfortunately, it was entirely expected because the president was elected thanks to his anti-environment rhetoric – and now he is making good on those promises.”

‘Amazon going up in flames is a lie’

However, despite data produced by his own government showing that thousands of fires are ravaging the rainforest, Brazil’s President Jair Bolsonaro defiantly opposed the evidence.

“This story that the Amazon is going up in flames is a lie and we must combat it with true numbers,” he said.

He added that foreign representatives could survey the area by air to confirm that the rainforest was no longer burning.

“They won’t find any spot of fire, nor a quarter of a hectare deforested,” Bolsonaro told in his speech addressing members of the Leticia Pact- an agreement between Amazon countries to protect the rainforest.

In May, Jair Bolsonaro deployed the military to fight fires and deforestation, with the armed forces working with environmental agency Ibama to tackle fires near Apui following the huge global public outcry calling out Brazil for failing to protect the rainforest.

In July, after global investors managing more than $2 trillion threatened to sever their ties with Brazil’s meatpackers, grains traders and government bonds, the country announced a four-month ban to curtail deforestation and other criminal activities.

However, Inpe, indicates viewing satellite data that these efforts have fallen short.

According to Greenpeace, the measures have only affected an 8% reduction in fires between mid-July and mid-August compared with last year.

He added that a recent surveillance flight over four Amazon states – Amazonas, Mato Grosso, Rondônia and Pará – Batista revealed “tracts of pasture that were burning, deforested areas that were burning, areas of forest that were burning. And it was obvious that down there in the forest below us nobody was staying at home.

“Everyone – illegal loggers, land grabbers, illegal miners – they’re all up and running, and even more so than usual, safe in the knowledge that government inspections have been scaled back because of the pandemic.”

Share this story to let others know about the raging fires in Brazil’s rainforest.