Brian May questions the Christmas tradition of having a turkey, says ‘its not attractive to me now’ – Totally Vegan Buzz
Skip to content

Brian May questions the Christmas tradition of having a turkey, says ‘its not attractive to me now’ 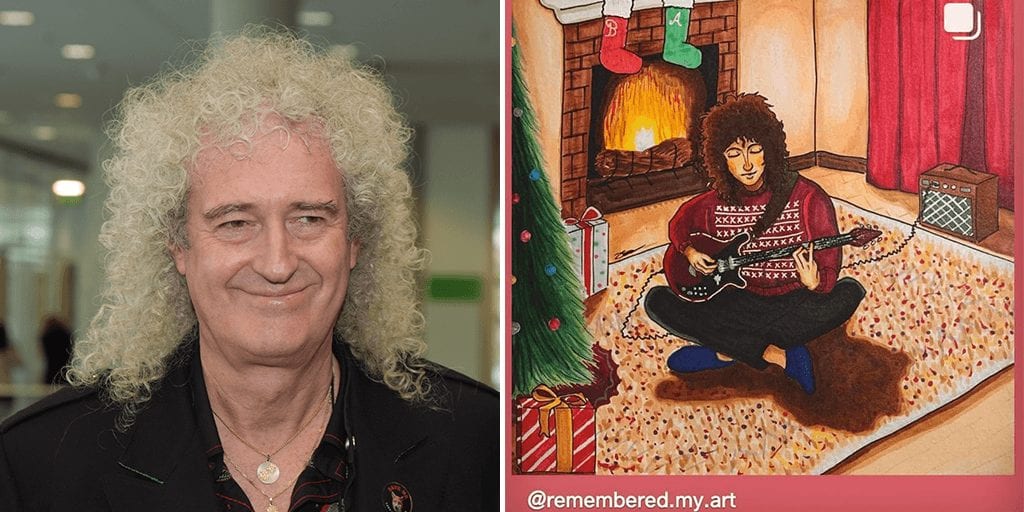 The legendary musician says: “Having a dead bird on the Christmas table is not attractive to me now, even though it was a big part of my childhood.”

This year, musician Brian May celebrated a ‘peaceful and hopeful’ Christmas and feasted on a turkey-free and 90 % plant-based dinner.

Sharing the highlights of his Christmas with his 2.7 million followers, the Queen Star wrote: “One of the highlights was playing a very silly Pictionary game with all my wonderful kids on some kind of Google link.

“Another highlight was our Turkey-free Christmas dinner – which although not quite Vegan was about 90 percent plant-based.”

The 72-year-old musician added that “having a dead bird on the Christmas table is not attractive to me now, even though it was a big part of my childhood.”

“Tradition has a lot to answer for. We’ve been challenging the merits of a lot of traditions around here lately. I recommend it!”

The legendary guitarist favouring a turkey-free dinner could be a motivation for many who had their Christmas dinners ruined after discovering their turkeys had already turned rancid when they went to cook them.

According to the Daily Mail, several families across the country discovered that turkeys sold by various supermarkets including Lidl, Morrisons, Tesco, and Sainsbury’s were ‘rotting and smelling’ when they were opened on Christmas morning.

Angry customers also posted pictures of the rotten birds on social media with some ranting that the spoilt meat meant no Christmas dinner for their family.

“@IcelandFoods my turkey was rotten on the inside. Christmas dinner completely ruined,” commented another.

“@sainsburys Opened my turkey that i picked up yesterday as a part of our Christmas order and its rotten slimy and stinks. we’ve now no meat for our Xmas, Dinner commented when I picked up yesterday at 6am that the orders were stacked on cages behind the pizza counter not in cold,” a third wrote.

Responding to the complaints, a spokesperson for Sainsbury’s said: “The quality of our products is extremely important and we’re looking into a very small number of complaints.”

A spokesperson for Tesco said: “We have exceptionally high standards for our Christmas turkeys so we’re sorry to hear about these concerns.

“We’ve sold hundreds of thousands of great quality British turkeys this Christmas and will investigate these few incidents.”

Share this story: Brian May questions the Christmas tradition of having a turkey, says ‘its not attractive to me now’.