Brian May will ditch animal products for the Veganuary pledge 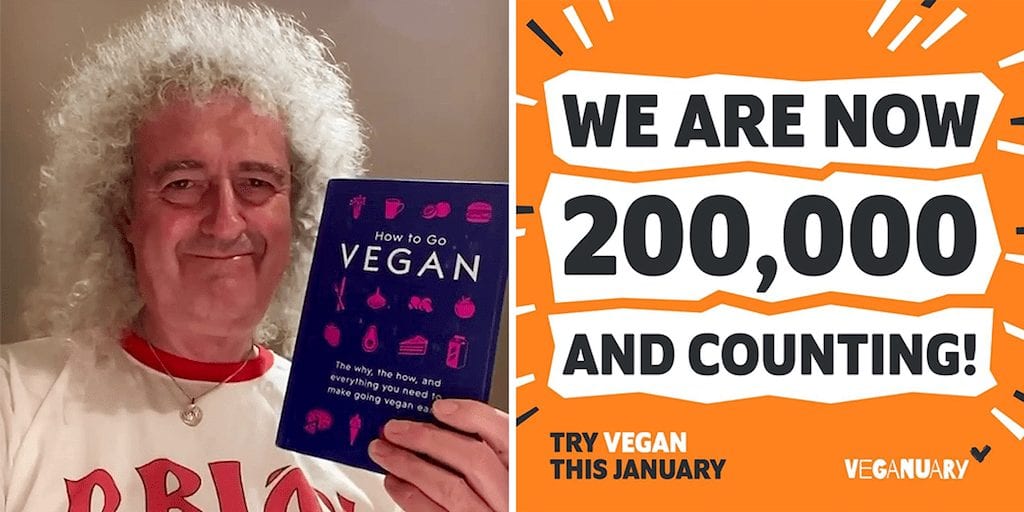 Queen Legend Brian May has announced that he will go vegan for January for health, environmental and ethical reasons.

Brian May will be taking the Veganuary pledge next month accompanied by close friends and family, who will join the musician in adopting a month-long vegan lifestyle.

Through a video, the Rockstar informed his 2.1 million Instagram followers about his decision to go vegan.

Captured holding a book titled ‘How To go Vegan’, Brian posted: “This is my announcement of intent. Starting on the first of January I, this coming year I will be doing VEGANUARY. Which means I will eat only vegan food for that month.”

According to the legend, he wanted to try Veganuary for his health, animals and the planet. He wrote: “My reasons? 1) to lessen the suffering of animals. 2) To lessen the load on our groaning planet. 3) for my health.”

With some of his friends and close family members already on board, he invited his followers to join the challenge adding: “If any of you folks out there are hovering on the edge out there and want to join me too, I’d be delighted. We can mutually support each other! I figured this book is a good place to start.”

‘Bothered by the pain’

A passionate animal rights campaigner , Brian May has advocated against hunting for years and often uses his platform in speaking for animal rights and influencing change.

His decision follows his recent outing to support humane bloodhound hunt on Boxing Day in an attempt to promote cruelty-free recreational hunting.

“As an animal campaigner, it has been bothering me for a while that I still eat animal-derived food, that has caused indignity and pain to a non-human animal. So I will try to move along the line,” he mentioned at the end of the post.

Have you invited your friends for the Veganuary challenge? Share your thoughts in the comments below!