Brighton to get its first KFC style all vegan chicken shop 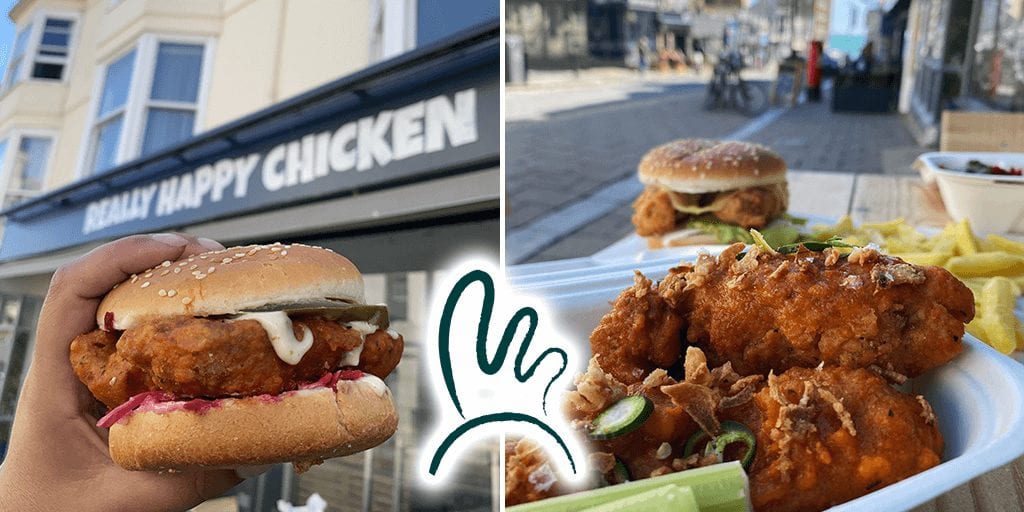 Brighton could well become the next vegan hub. The city has seen a surge of vegan restaurants in the past year and the “hippest city” of the UK is now all set to welcome its first KFC style vegan fried “chicken” restaurant.

A totally vegan fried chicken shop named Really Happy Chicken is opening in Brighton on Tuesday and will offer a menu inspired by KFC and Southern American fast food.

“Adamant about serving delicious, soul food first which also happens to be vegan,” Really Happy Chicken’s menu will offer “chicken” wings, chips, milkshakes, and burgers – some of which are even doughnut styled.

The ‘chicken’ used in the recipes is made from seitan – a wheat protein made to look, taste and feel like the real deal.

“We have developed a great tasting chicken alternative and have perfected the southern fried coating too,” Really Happy Chicken founder Owais Amiri said.

Apart from being flavour packed, the seitan fillet also contains more protein content than an actual chicken fillet making it a healthier option for conscious consumers.

‘Good of the planet and all its beings’

Really Happy Chicken is run by a team of ambitious, planet-obsessed individuals “on a mission to making vegan and sustainable living more accessible to the masses for the good of the planet and all its beings.”

“We know the vegans of Brighton are going to show us a tonne of love but we are confident this will sit well with the vegan curious and non vegans and that is what drives us most,” Amiri said.

“For every vegan chicken meal consumed by a non vegan, we know we would’ve saved an animal life too.”

Really Happy Chicken will also be available for takeaway on Deliveroo, Just Eat and Uber Eats from August 4th.

Share this story: Brighton to get its first KFC style all vegan chicken shop.