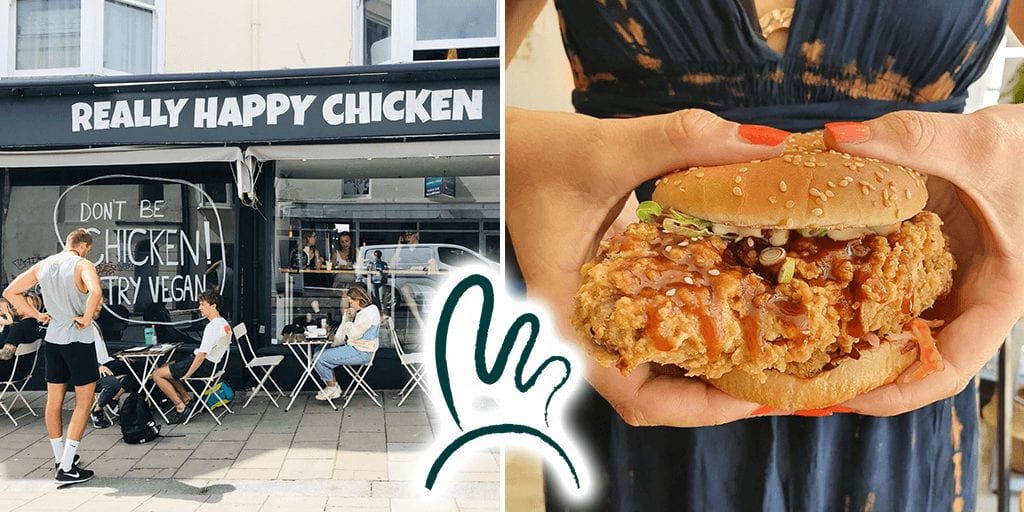 The KFC inspired vegan chicken is so worth it!

Really Happy Chicken sold out of their vegan chicken dishes in just a few hours since opening its doors in Brighton today.

The fast-food shop makes its vegan chicken from seitan- a wheat protein that makes it “look, taste and feel like the real deal.”

RHC’s first few customers were a mix of locals and vegan food enthusiasts from beyond Brighton and Sussex.

And, many took to social media to rave about the dishes they tasted.

Herbivorous_life said: “I had the privilege of being one of the first customers & I’m glad to say- it was so worth it!

“It was difficult to choose what to order because everything sounded so enticing, but as someone who loves spice, I went with the buffalo burger and it did not disappoint.

“Also had an Oreo shake which was so delicious, thick and creamy.”

Fellow foodies behind the Vegan Food UK group were floored by the size of the epic burger. “Look at the size of that vegan burger,” Janine said whilst posing for a picture.

The restaurant’s opening has been a hit, and while RHC ran out of supplies and couldn’t last till until 10pm as promised, the team is gearing up to feed “hungry punters” all over again.

Share this story: Brighton’s first vegan fried chicken shop sells out in 4 hours on day one.