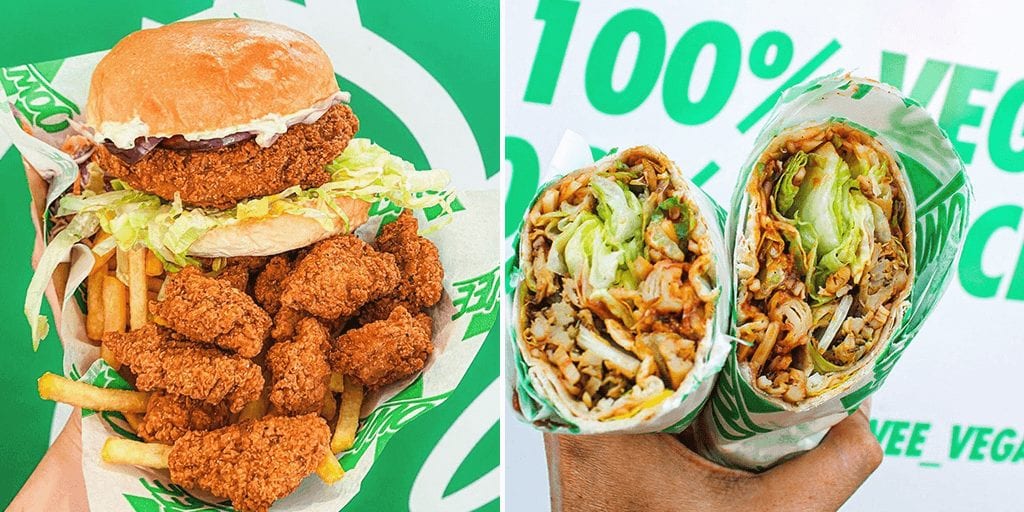 The eatery, which debuted as a virtual vegan offshoot of burger joint Oowee Diner in a Deliveroo Editions site soon became popular enough to start its own bricks and mortar site feeding vegan fast food to Bristolians.

After witnessing a phenomenal response in its hometown, Oowee vegan has now expanded its reach to London and the company has decided to only open vegan sites going forward.

The 2nd outlet launch is again virtual and the brand is only taking orders through the Deliveroo app as all eateries remain closed to dine-in customers in accordance with UK government guidelines during the ongoing pandemic.

A Deliveroo spokesperson said: “We’re incredibly proud to see how far Oowee Vegan has come over the space of a short few years.

“What originated as an experimental plant-based virtual brand in Bristol, has moved from success to success, and we have no doubt their launch in London will follow the same trajectory.

“It’s been quite the journey so far for our Restaurant of the Year 2019 winner, and we’re proud to be with them every step of the way!”

Its specialty- ‘The Big Oovee’, made up of a beyond meat patty, oovee dirty sauce, American cheese, hash browns, gherkins and lettuce, recently came in the top five most popular Deliveroo orders in Bristol during lockdown.

“Our goals are to continue to invent and create food that is mouth-watering, delicious and is something everyone can enjoy – from meat-eaters to vegans,” said Verity Foss, Founder of Oowee Vegan.

“We focus on creating and developing new products that are for everyone, without focusing on clichés of what vegan food used to or ‘should’ be.

“Our mission is to bring people together with our culture and our food, and having had great success with this in Bristol, we can’t wait to spread this to London – and one day, the world!”

Share this news to let others know of Oowee Vegan’s outlet in London.