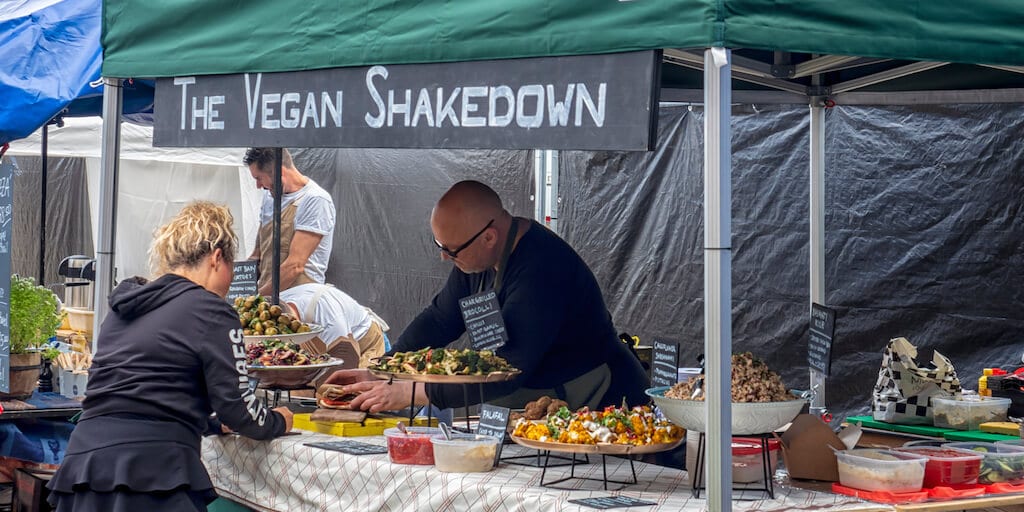 The city ranked just above London, Edinburgh, and Belfast as one of the top cities for vegans.

Bristol has earned the top spot of being the most vegan-friendly city in the UK, according to new research.

With over 1 million Brits now taking up a plant-based lifestyle – with many inspired by Veganuary- the study by energy-saving site Save On Energy sought to investigate which city in the UK is the most vegan-friendly?

Separate research also indicates that around 23% of the UK population – say that they will be vegetarian, vegan or pescatarian by 2021, with the number of people claiming to be vegan soaring by 62% in 2019,

Save On Energy considered several factors and created an index ranking cities for their vegan-friendliness.

Bristol came in first with a total score of 133 making it an “ideal location for vegans” to reside in the UK.

Analysing Google search trends, the study found that Bristolians made a whopping 2,350 searches each month, which comes up to be 3.43 ‘vegan’ searches per 1,000 people.

This isn’t the first time Bristol has edged over other cities in being the most vegan friendly. A 2019 survey by Chef’s Pencil – an online cookbook where chefs share their favourite recipes – crowned Bristol as the vegan capital of the world.

Bradford was found to be the least vegan friendly with a total score of 19. According to the organization: “Despite having 129 vegan-friendly eateries in the vicinity, Bradford only has 10 organic health shops, and just seven supplement stores which pushes them down the rankings in our Vegan Index.

“When it comes to vegan-related Google searches, Bradford makes the second-least each month (310), which equates to around 0.58 searches per 1,000 people, on average.”

Southampton, Luton, Reading, and Wolverhampton ranked below Bradford in being the least-friendly vegan cities in the UK.

Share this story to let others know about the most and least vegan-friendly cities in the UK.